‘The Young and the Restless’ Spoilers: Watch The YR Video Preview For Thursday September 10, 2015 – SEE IT HERE! 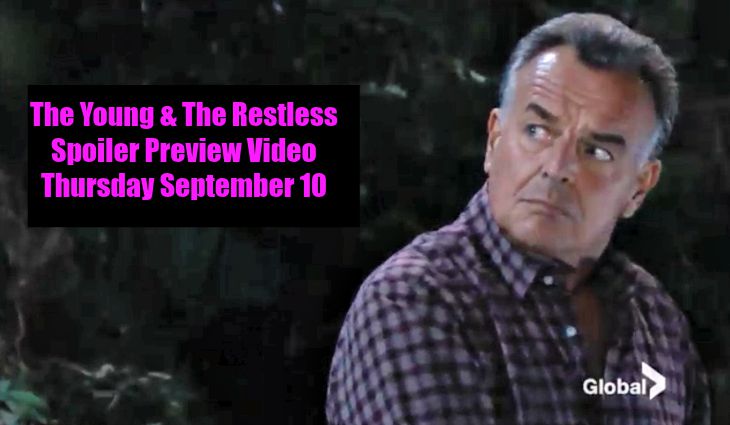 “The Young and the Restless” spoilers for Thursday September 10, 2015 reveals that things are getting complicated on Virgin Gorda.

Cane and Michael found a damaging witness on the Island.  Lily (Christel Khalil) finally heard from Cane (Daniel Goddard)  and she tells Neil, (Kristoff St. John)“Cane and Michael were arrested on Virgin Gorda.”

Adam is scheming and lying to everyone about The Paragon Group and his involvement.  Adam (Justin Hartley) comes home and Chelsea (Melissa Claire Egan) says to Adam, “We haven’t even been back together a week and you are already lying to me?”  Adam looks shocked.

Phyllis is out in the dark with a flashlight.  Phyllis (Gina Tognoni) sees someone  and she says, “I didn’t think I would run into anyone out here.”  Ian Ward (Ray Wise) turns around and says, “Neither did I!”

9.10.15preview from Isabella Davis on Vimeo.

‘The Bold and the Beautiful’ Spoilers: Watch The B&B Video Preview For Wednesday September 9 – SEE IT HERE!