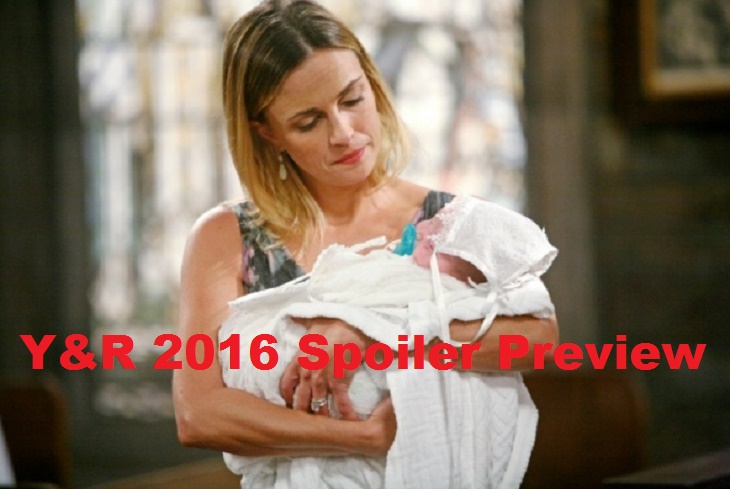 “The Young and the Restless” head scribe Chuck Pratt promises that 2016 is going to be an explosive year. Pratt sat down with CBS Soaps In Depth and teased an epic showdown between Victor [Eric Braeden] and Jack [Peter Braeden]. Chelsea [Melissa Claire Egan] will continue to try to keep her family unit with Adam [Justin Hartley] intact. Sharon [Sharon Case] will find out that Sully may not be her child. Victoria [Amelia Heinle] will do her best to keep Billy [Burgess Jenkins] from self-destructing.

Jack plots Victor’s downfall. He will not accept that Victor will come out ahead once again. After the Marco [Peter Bergman] fiasco, Jack is tired of allowing Victor to win. In 2016, Jack worries that if Victor loses everything, will he be able to climb back and regain his wealthy and power.

Chelsea continues to keep a close eye on Adam. She worries that he could slip into old habits, and refuses to allow her husband return to his old [evil habits]. Chelsea continues to worry about his connection to Sage [Kelly Sullivan] and worries that there is something big he isn’t telling her. Will the secrets that surround Christian’s paternity destroy their marriage?

Sharon will find out that Sully doesn’t have her DNA. The revelation brings a terrible secret to light—Dr. Anderson [Elizabeth Bogush] had an evil plan to destroy Nick’s [Joshua Morrow] life. When Sharon uncovers the reason why she did it, Sharon is left reeling and unsure what to do next.

Billy continues to spiral out of control, obsessed with Victor paying for his crimes. Victoria tries to reach him, not only for Billy’s sake, but for their children. Will Victoria be able to reach him, and get Billy back on the path to recovery and a healthy way of living? How ill Jason Thompson’s portrayal of Billy change the character?

‘General Hospital’ Spoilers: Dante Wants Lulu Back – Should Lulu Kick Johnny Zacchara Out And Save Her Marriage?