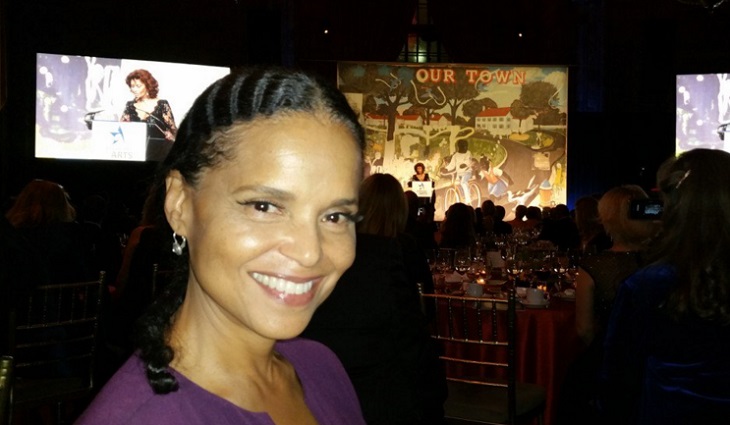 “The Young and the Restless” rumors give some insight to why the writers decided to make Neil’s [Kristoff St. John] character slip into a dark place. An exclusive and confidential source revealed to Soap Opera Spy that originally, Drucilla Winters was supposed to return to Genoa City, ending Devon’s [Bryton James] affair with Hilary [Mishael Morgan] and reconcile with Neil.

No one knows where Dru has been since 2007. The show left it open for her return, hoping they could find the perfect recast when the timing was right. Apparently, they thought the ideal time was in early 2015 when Neil first discovered that his adoptive son was sleeping with his then wife, Hilary.

The storyline was supposed to showcase Dru Winters return to Genoa City. She had suffered amnesia but felt a connection to Neil- who she had read about in the newspapers after his accident that left him temporarily blind. After she researched more, she discovered who she was and felt compelled to return.

Upon her return, she learned that her son was now sleeping with his step-mother. She was livid; how could he hurt Neil in this way? She promised to put her family together- once and for all.

Now, this was how the storyline was supposed to happen last February. It went very different after Victoria Rowell blocked the recast choice of Troy Byer as the new Dru. It caused the writers to scramble to rewrite the February sweeps script, hoping they could write Dru back in the storyline after the legal matter was settled.  Rowell felt like she was the only one who could portray Dru. She launched a lawsuit that blocked the recast of the character until Sony, and CBS settles the squabble with actress Victoria Rowell.

Victoria Rowell left the role on her own in 2007. She claims that she was mistreated and complained about the lack of diversity in the soap industry. The part that isn’t making sense to many fans is if it was so bad by being mistreated, why sue the company to force them to rehire you?

The fact is Drucilla Winters is the one character that could redeem Neil and bring the Winters family back to a whole state. Her presumed death was one that they never healed from, and will never get past. Would you like to see Dru back? Do you think she could help redeem Neil at this point?

‘The Bold And The Beautiful’ Interview: Jacqueline MacInnes Wood, Ashleigh Brewer, And Linsey Godfrey Discuss Their Relationships – Working Together On ‘B&B’