‘The Young And The Restless’ News: Justin Hartley Thanks ‘Y&R’ Fans For Support 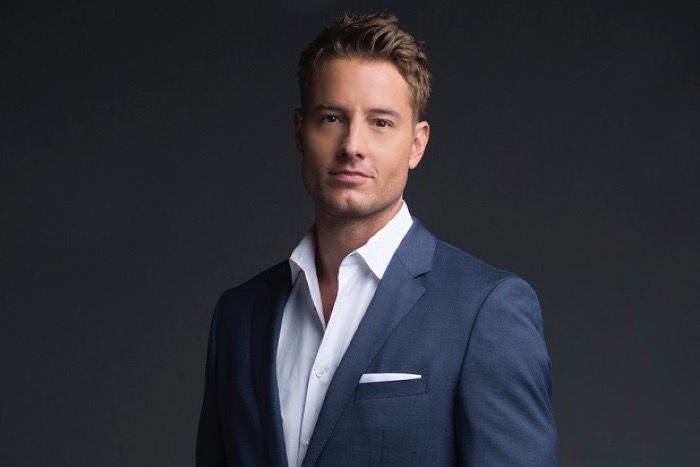 ‘The Young And The Restless’ is having one of its most successful years in a long time.  You can chop the CBS soap’s success up to the writers, storylines, ratings, etc.  But, at the end of the day – it’s the viewers that continue to tune in day after day, religiously, that keep the soap opera alive.

Despite a few week by week setbacks, ‘The Young And The Restless’ has had a great year ratings-wise, and seems to have made a complete comeback after the Michael Muhney debacle.  Michael Muhney’s replacement, the new Adam Newman, took to Twitter to thank ‘Y&R’ fans for tuning in every week.  There was concern that the audience wouldn’t accept Hartley in place of Muhney – but everyone seems to be happy with Justin Hartley’s contribution to the soap – and the numbers are there to prove it. 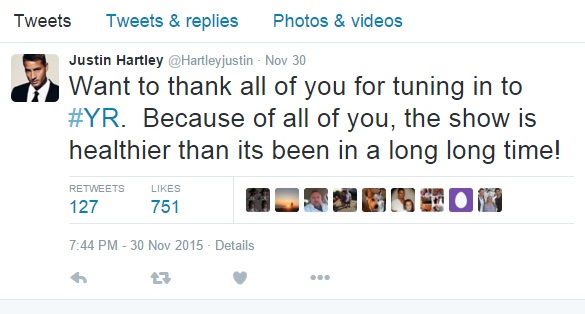 Justin Hartley took to Twitter to thank ‘The Young And The Restless’ fans for all of their support, and continuous viewing.  Hartley tweeted this heartfelt message, “Want to thank all of you for tuning in to #YR.  Because of all of you, the show is healthier than it has been in a long time.”

‘The Young And The Restless’ News: Eric Braeden Shares Adorable Pics With His Grandkids