‘The Young And The Restless’ News: Daniel Goddard Returns To Work After Surgery 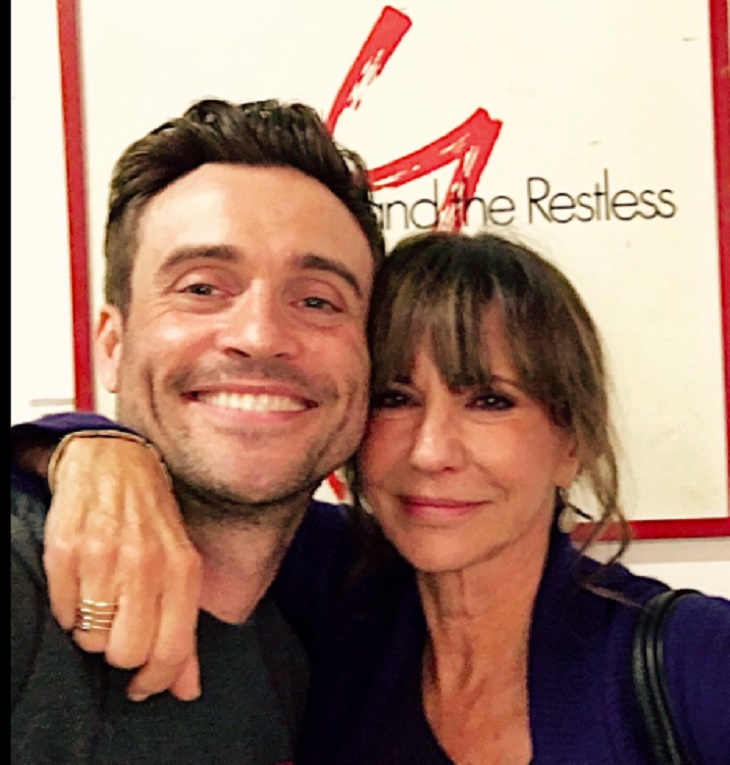 Daniel Goddard (Cane Ashby) has been in and out of surgeries after he broke his elbow while filming a fight scene for ‘The Young And The Restless.’  Goddard thought he was on the mend, however was unfortunately rushed back in for another surgery after he acquired an infection and his body began rejecting the metal rod that doctors had placed in his arm.  After a series of ups and downs – Daniel Goddard has finally returned to work on ‘The Young And The Restless.’

Daniel has been keeping ‘The Young And The Restless‘ fans updated on his injury on Facebook – and just last week he shared a heartfelt video message thanking them for all of their support and well wishes.  On December 3, Daniel posted a photo on Twitter of himself posing with his co-star Jess Walton, revealing that he was back on ‘The Young And The Restless’ set following his most recent surgery.  Daniel captioned the photo, “Back @YRInsider after surgery & 1st face I see is this beautiful woman! @jesswaltonyr u fill my soul and warm my [heart].”

Soap Opera Spy is thrilled to see that Daniel Goddard is making a speedy recovery, and is back to work on the CBS soap opera set – we can’t wait to see what scenes Daniel is working on as Cane Ashby now!