‘The Young And The Restless’ News: Daniel Goddard Emergency Surgery – Back To Hospital After Scott Elrod Fight 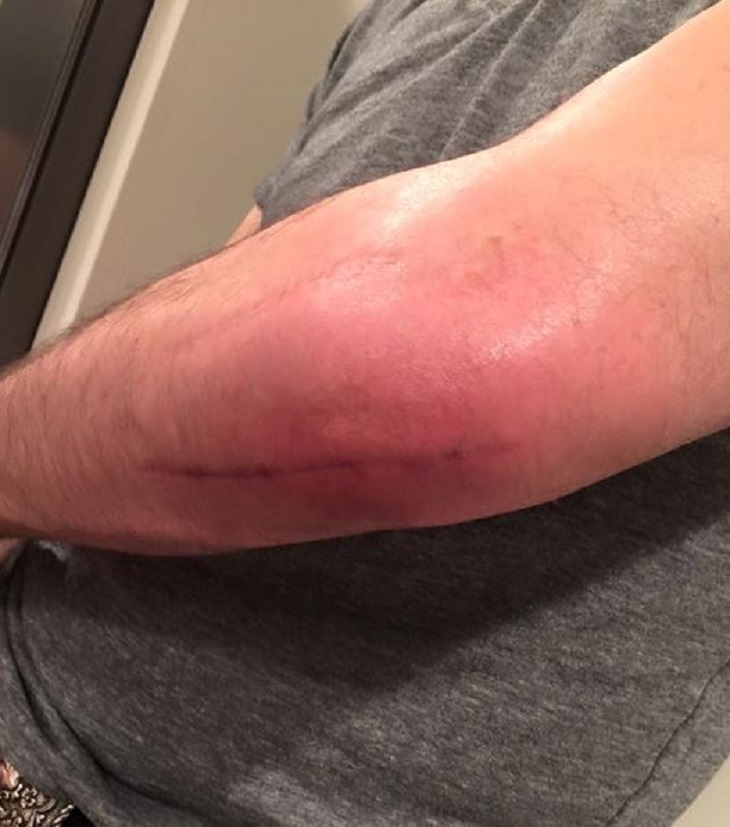 ‘The Young And The Restless’ star Daniel Goddard broke his elbow on the set of the CBS soap opera when he was filming a fight scene between his character Cane Ashby and Scott Elrod’s character Joe Clark, a few months ago.  Since his injury the ‘Y&R’ star has been keeping his fans updated on his surgeries and the progress the doctors have been making.  Unfortunately, it looks like Daniel had a bit of a setback, and is on his way back to the hospital for emergency surgery.

Daniel Goddard took to Facebook to share this message with ‘The Young And The Restless’ fans on Tuesday November 24th:

I’ve been an a shocking amount of pain lately and unable to bend my arm… and now I know why. My body is rejecting the metal used to hold my broken elbow back together and I have now developed an infection. My doctor has scheduled immediate surgery at noon today to get the hardware out ASAP.
What a complete bummer. Anyway… Just wanted to let you know what is going on… ❤U. You’re in my thoughts.

Daniel’s arm looks terrible, hopefully  he isn’t in too much pain!  We’re sure Goddard will keep us posted on his surgery and let us know how it all turns out.  Soap Opera Spy wishes Daniel “good luck!”