‘The Bold and the Beautiful’ Spoilers: Thomas Works to Learn What Really Happened to Aly, Steffy Sticks to Story – Ivy Spills Secret to Wyatt 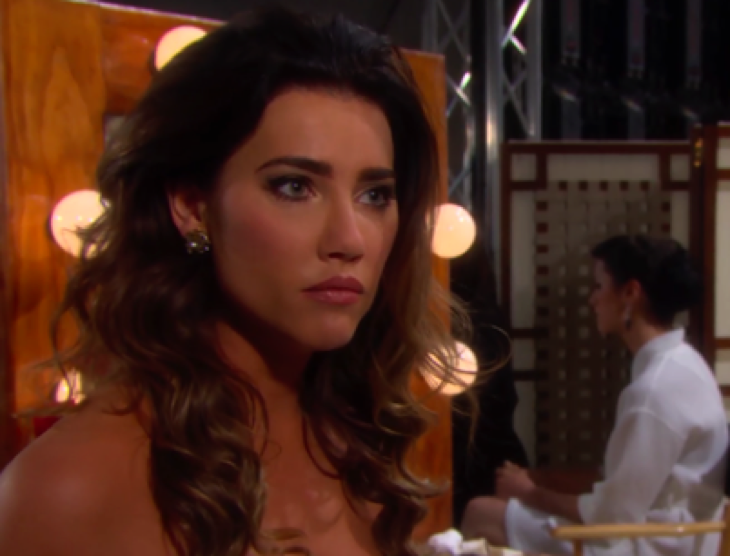 “The Bold and the Beautiful” spoilers reveal that Thomas (Pierson Fode) will return and try to get to the bottom of what really happened to Aly (Ashlyn Pearce). Of course, only Steffy (Jacqueline MacInnes Wood) knows the entire truth. When Aly threatened her with a rock, Steffy took a swing with the tire iron. Aly fell and was apparently killed instantly. However, Ivy (Ashleigh Brewer) was watching nearby and Steffy can’t be sure how much she saw.

Ivy doesn’t know all the details, but she saw enough to know that Aly didn’t just trip and hit her head. Aly’s death may have been an accident, but Steffy definitely delivered a massive blow. Steffy will stand by her story that Aly simply fell during the struggle and she’ll start to sweat as everyone asks questions. Ivy will undoubtedly feel torn over what to do next. Aly is gone and squealing on Steffy won’t bring her back. On the other hand, Steffy is lying about what happened and the rest of the Forresters deserve to know the whole story.

Related: ‘The Bold and the Beautiful’ News: Aly Forrester Confirmed Dead! – Ashlyn Pearce Thanks Fans for Love and Support

“The Bold and the Beautiful” spoilers tease that Ivy will let Wyatt (Darin Brooks) in on the secret and see what he has to say about it. Once Wyatt knows what Steffy is hiding, he’ll drop some hints about the incident to Liam (Scott Clifton). After a brief conversation, it’ll become clear that Liam has no clue that Steffy hasn’t been completely honest with him. Nevertheless, B&B rumors indicate that all parties involved may decide to stay quiet for now.

As for Thorne and the rest of the Forrester clan, they’ll begin to grieve over Aly’s passing. Aly was so young and had a bright future ahead of her. Rick (Jacob Young) and Maya (Karla Mosley) were especially tough on Aly at the mansion. Steffy always seemed to find a way to push Aly’s buttons. Oliver (Zack Conroy) didn’t pick up on the signs of Aly’s descent into madness and Thorne (Winsor Harmon) hasn’t been involved in his daughter’s life. In the end, nearly everyone shares a piece of the blame when it comes to Aly’s death. Unfortunately, they can’t change the past. All they can do is try to cope with the aftermath. Stick with “The Bold and the Beautiful” to see the ripple effect of Aly’s demise.

Related: ‘The Bold and the Beautiful’ Spoilers: Thomas Draws Stunning Picture of Caroline, Ridge Not Pleased – Brooke Jumps in Middle of Caroline’s Romance

So B&B fans, what do you think about the news that Thomas will try to get updates on what really happened to Aly? How long can Steffy keep her secret? Was Aly’s death truly just a tragic accident or did everyone push her over the edge? Let us know what you think in the comments below and don’t forget to check Soap Opera Spy for the latest “Bold and the Beautiful” spoilers, rumors, updates and news.