‘The Bold and the Beautiful’ Spoilers: Thomas Doesn’t Want to Share Ivy Anymore, Wyatt Says Back Off – Startling Secrets Change the Game 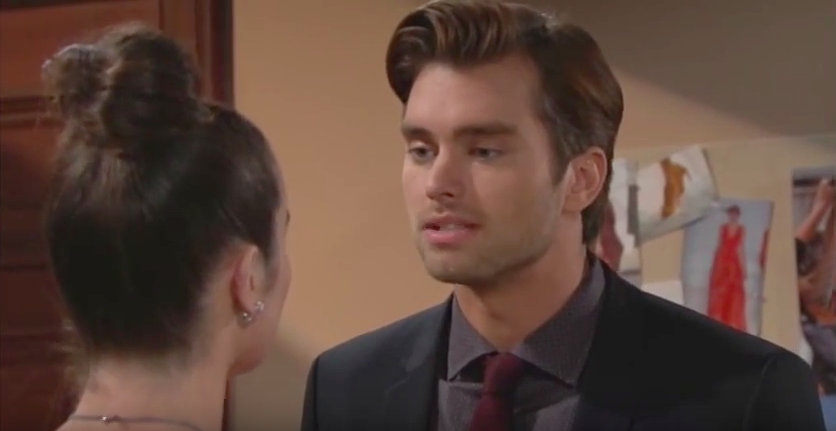 “The Bold and the Beautiful” spoilers reveal that Thomas (Pierson Fode) will get fed up with having to share Ivy (Ashleigh Brewer) with Wyatt (Darin Brooks). Ivy told Thomas that whatever they have is over and she’s sticking with her current beau. However, Thomas simply won’t give up. B&B spoilers say Thomas will give a passionate speech about how much he’d like to take this to the next level.

Ivy will attempt to discourage Thomas, but it appears her resistance is futile. Thomas will insist that he wants more than just a few minutes with Ivy whenever they get a chance. That’s something Ivy isn’t willing to give Thomas—at least not yet. Wyatt certainly doesn’t like Thomas spending any amount of time with his girlfriend. In fact, Wyatt will try to put an end to all of Thomas’ flirting.

“The Bold and the Beautiful” spoilers tease that Wyatt will stand up to Thomas and order him to stay in his place. Wyatt will indicate that he trusts Ivy and they don’t keep secrets from each other. Nevertheless, Wyatt doesn’t think it’s appropriate for Thomas to make things awkward with nonstop sweet talk. There’s a line and Thomas has crossed it. Unfortunately, Thomas isn’t afraid of Wyatt and he has no intention of backing down. There’s a good possibility that Ivy doesn’t really want that anyway.

Ivy cares about Wyatt, but she may not be in love with him. Then again, maybe Ivy just thinks the grass is greener on the other side. Ivy could regret it if she loses Wyatt, but it might be unavoidable if this keeps up. Of course, Ivy may backtrack once she finds out about Thomas’ appalling wager.

The details of Thomas’ bet and the events that transpired that evening could soon be out in the open. “The Bold and the Beautiful” spoilers hint that the deception of that night will be exposed in the near future. Rumors suggest there could be several shocking confrontations when the truth is finally revealed. Stick with the CBS soap for updates on the many layers of this drama.

So B&B fans, what do you think about the news that Thomas will make an impassioned request to spend more time with Ivy? Will Ivy shut Thomas down or will Wyatt do it for her? How will Ivy react when she hears that Thomas has been treating her like something he has to conquer? Let us know what you think in the comments below and don’t forget to check Soap Opera Spy often for the latest “Bold and the Beautiful” spoilers, rumors, updates and news.

Get Exclusive The Bold & the Beautiful News & Updates!

‘General Hospital’ RUMOR: Will Lulu And Dante’s Break-Up And Cheating With Valerie Lead To An Embryo War?