‘The Bold and the Beautiful’ Spoilers: Nicole Opens Up, Liam and Wyatt Plan Next Move – Bill’s Ruthlessness Wreaks Havoc 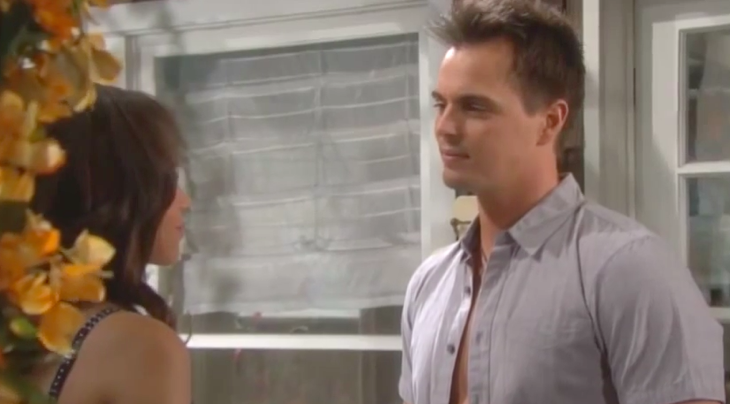 “The Bold and the Beautiful” spoilers tease that Nicole (Reign Edwards) will share something with Wyatt (Darin Brooks) that could be exactly what the alliance needs to bring Rick (Jacob Young) down. We don’t know for sure if Wyatt will find out Maya’s (Karla Mosley) secret, but it sure sounds like it. Wyatt will entrust the information to Liam (Scott Clifton), but they’ll agree that it’s better to leave Bill (Don Diamont) out of it for now. Liam and Wyatt will move forward without their father, but it looks like things won’t go according to plan.

B&B fans know that Bill wants to oust Rick no matter what. “The Bold and the Beautiful” spoilers hint that Bill will decide he needs to get ruthless if he expects to achieve his goal. It may be cruel, but Bill wants to protect his shares in Forrester Creations. Bill obviously thinks Rick is a huge threat to the company, but it seems Bill’s actions will affect more than just Rick. If Bill learns that Maya is transgender and exposes it through an article by Spencer Publications, everyone at FC will be scrambling to control the situation.

“The Bold and the Beautiful” spoilers reveal that the employees at Forrester Creations will get ready for the potential backlash to come. It’s clear that Maya’s secret won’t be a secret for much longer. Three more people just learned the truth and there could be even more before Rick gets filled in on the news. If Maya doesn’t act fast, you can bet that Brooke (Katherine Kelly Lang) will spill every last detail to Rick. Of course, Maya could end up as the subject of a scandalous magazine article and then Brooke would be the least of her worries. Bottom line, Maya has been dancing around this secret long enough and it’s time to come clean before she makes the situation any worse. Will Maya give Rick updates on her past before he proposes? We’ll have to wait and see, but the rumors say Maya’s confession is coming up soon. Stay tuned to the CBS soap to see what goes down during their romantic trip to Big Bear.

So B&B fans, what do you think Nicole will say to Wyatt? Will Nicole share Maya’s secret or could she drop a hint that helps Wyatt put it all together? Will Bill regret his ruthless actions? What about the hostile response that Forrester Creations is expecting? Will this scandal rock the company or will it be a minor bump in the road? Let us know what you think in the comments below and don’t forget to check Soap Opera Spy tomorrow for the latest “Bold and the Beautiful” spoilers, rumors, updates and news.

‘Days of Our Lives’ Spoilers: Lucas Takes Down Kate – Rafe Urges Hope to Back Off Clyde – Nicole Links Xander With Serena