‘The Bold and the Beautiful’ Spoilers: Eric Throws Party to Celebrate Caroline’s Return to FC – Ivy Optimistic About Future with Liam 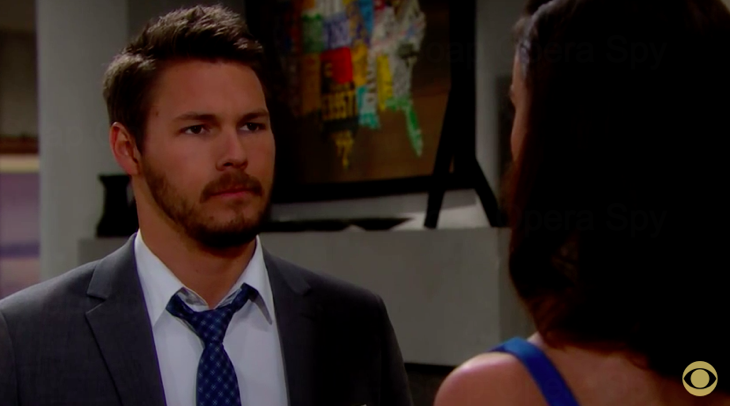 “The Bold and the Beautiful” spoilers reveal that a party is in the works. Eric (John McCook) will throw a shindig with a little help from Pam (Alley Mills), Charlie (Dick Christie) and Carter (Lawrence Saint-Victor). It seems Caroline’s (Linsey Godfrey) return to Forrester Creations calls for a celebration. Of course, there’s a chance that this bash may not go according to plan. B&B viewers know that big events always come with a surprise or two.

Meanwhile, Liam (Scott Clifton) and Ivy (Ashleigh Brewer) will have to determine what their next step will be. Ivy recently learned that she can’t be deported after all. Once Ivy tells Liam the truth, he’ll have to make a decision about their future together. Fortunately, it looks like there could be a glimmer of hope for Ivy.

“The Bold and the Beautiful” spoilers tease that Ivy will soon have a great feeling about where things are going. It appears Liam and Ivy’s relationship will shift in a positive way. Perhaps Liam will stay focused on giving this marriage a shot in spite of the immigration officer’s updates. After all, it’s going to look awfully suspicious if they don’t stay married for at least a couple of months. Ivy can’t be sent back to Australia, but it still might be a good idea to keep up the ruse until everything has died down.

Then again, maybe they’ll decide to end their marriage of convenience in favor of a real engagement. Whatever happens, Liam will likely continue to waffle between his two women. Ivy may be feeling confident that Liam will choose her, but Liam’s love for Steffy (Jacqueline MacInnes Wood) can’t be denied. The rumors hint that Liam and Steffy’s relationship isn’t over just yet. Will Liam decide who he wants to be with or will he just keep bouncing around for the rest of his life? It sounds like this decision will take some time. Stick with “The Bold and the Beautiful” to see if Liam will ever make up his mind.

Related: ‘The Bold and the Beautiful’ Spoilers: Ivy Admits She Can’t Be Deported, Liam Mulls Over Marriage Annulment – Maya and Caroline Call Truce

So B&B fans, what do you think about the news that Eric will throw a party for Caroline? What about the shift in Ivy and Liam’s relationship? Will they decide to continue their marriage or possibly drop it in favor of a legitimate engagement? Let us know what you think in the comments below and don’t forget to check Soap Opera Spy tomorrow for the latest “Bold and the Beautiful” spoilers, rumors, updates and news.

‘Days of Our Lives’ Spoilers: Lucas Is Stunned by Adrienne’s Response to Divorce Papers – Paul Gets to Know Derrick, Has Hidden Agenda?