‘The Bold and the Beautiful’ Spoilers: Edgier Storylines Ahead, Executive Producer Bradley Bell Would ‘Love to Have Bruce Jenner on the Show’ 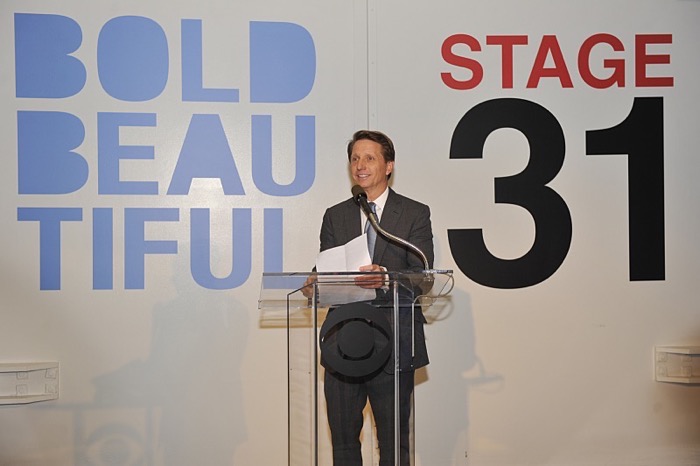 “The Bold and the Beautiful” spoilers tease that the CBS soap will continue to explore new territory in the coming months. The recent revelation that Maya is transgender shook up the soap world and caused a media frenzy. B&B will delve deeper into Maya’s story and more transgender characters will soon be added. Bradley Bell, the executive producer of “The Bold and the Beautiful,” definitely seems interested in daring to go where other soaps have never gone.

In an interview with Daytime Confidential, Bell hinted that fans can expect edgier storylines over the course of the next year. Bell said “We just really want to be as emotional and relevant as we can” and noted that other groundbreaking plots are in the works. Bell is even open to the idea of working with a star that recently made headlines for coming out as a transgender. Bruce Jenner spoke candidly to Diane Sawyer about his transition to being a woman. When asked about the possibility of Jenner showing up for a story arc on “The Bold and the Beautiful,” Bell stated it could happen. “I think we’d love to have Bruce Jenner on the show,” Bell said. “It would be awesome. Maybe we will approach her. You never know.”

Bruce Jenner has done some acting in the past and has real life ties to the fashion scene through the Kardashian clan. Switching over to the fictional version at Forrester Creations wouldn’t be too much of a stretch. Maybe Jenner could somehow be involved in what happens once the truth about Maya is exposed. The rumors say it’s going to be a big deal for the company. We know that a transgender mentor has already been cast so it’s clear that the reveal could drive storylines for months to come. We’ll give you updates if Bell decides to reach out to Bruce Jenner in the near future.

So B&B fans, what do you think about the news that Bradley Bell is open to the idea of having Bruce Jenner on the show? Would you be on board with Jenner making some appearances? What about the edgier storylines to come? Do you feel the soap is heading in the right direction? Let us know what you think in the comments below and don’t forget to check Soap Opera Spy tomorrow for the latest “Bold and the Beautiful” spoilers, rumors, updates and news.

‘Days of Our Lives’ Spoilers: Justin Returns as Things Heat Up for Adrienne and Lucas – Clyde Wants New Spin on Will’s Article