‘The Bold and the Beautiful’ Spoilers: Brooke and Wyatt Make a Discovey – Rick Still Might Have Feelings for Caroline 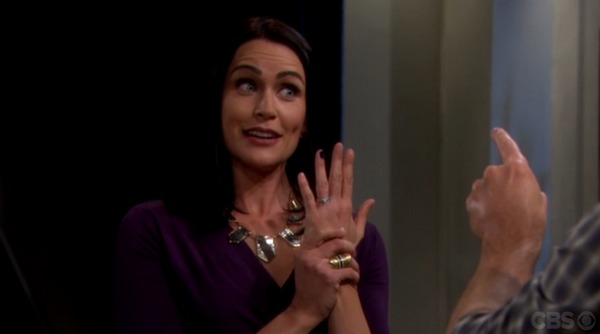 ‘The Bold and the Beautiful’ spoilers reveal that Brooke (Katherine Kelly Lang) and Wyatt (Darin Brooks) will soon find out that they share a link. Since they’ve both expressed their displeasure with Quinn (Rena Sofer) and Deacon’s (Sean Kanan) relationship, it seems likely that mutual disapproval is their common bond. However, Quinn’s not about to let either of them stand in the way of her happiness. Brooke and Wyatt will just have to accept the fact that Quinn plans on having a future with Deacon. Wyatt is sensible enough to come to terms with the engagement eventually, but the same can’t be said for Brooke. B&B viewers know that Brooke is having trouble letting Deacon go. Brooke’s discussion with Wyatt will probably only get her riled up once again. The rumors say Brooke will rethink her life’s direction soon so stick with the CBS soap to see if she can find a way to move on.

Another B&B character will wrestle with the past in an upcoming episode. The latest “Bold and the Beautiful” spoilers hint that Rick (Jacob Young) will get an update on his divorce proceedings. Rick tries to act like he hates Caroline (Linsey Godfrey), but deep down he probably still has feelings for his soon-to-be ex-wife. If Rick gets the news that his divorce is being finalized, he’ll undoubtedly struggle with what might have been. Soap writers love to throw in a good flashback so maybe we’ll see some scenes of the couple during happier times. Of course, Rick will snap back to reality the moment he thinks about Ridge (Thorsten Kaye) and Caroline’s “drawing sessions.” Rick seems set on revenge and he’s not stopping until he gets what he wants. The question is: will Rick allow old feelings to mess up his plans? In the end, it might not matter. The alliance against Rick is growing and he may lose everything if he’s not careful. Stay tuned to “The Bold and the Beautiful” to find out if Liam (Scott Clifton) can lead the fight to bring Rick down.

So B&B fans, what do you think about the news that Wyatt and Brooke will have something in common? Is their disapproval of Quinn’s engagement what unites them? What about Rick’s divorce update? Do you think Rick still has feelings for Caroline or is the heartless CEO incapable of feeling anything at this point? Let us know what you think in the comments below and don’t forget to check Soap Opera Spy tomorrow for the latest “Bold and the Beautiful” spoilers, rumors and news.

‘Days of Our Lives’ Spoilers: Paul Has Major Revelation, Jordan Says Goodbye to Rafe, Clyde Gets a Serious Warning #DOOL