‘The Bold and the Beautiful’ (B&B) Spoilers: Rick and Maya Consider Starting a Family – Wyatt and Liam Argue Over Ivy’s Desperate Move 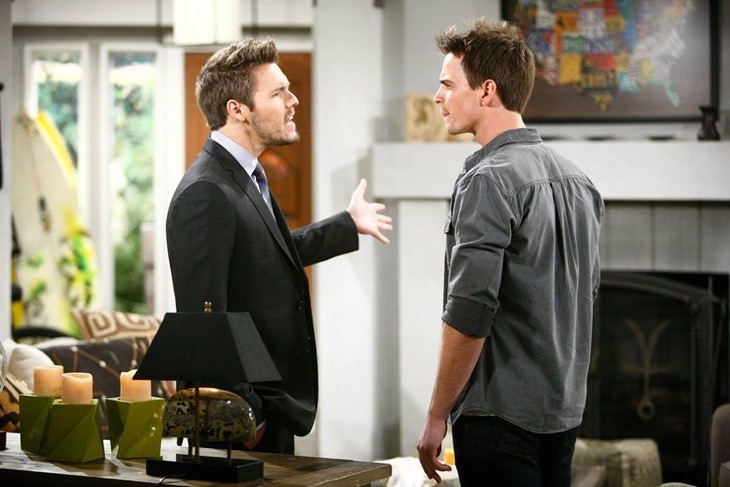 “The Bold and the Beautiful” spoilers reveal that Rick (Jacob Young) and Maya (Karla Mosley) will have a conversation about their future. These two have been through a lot over the past few months. Maya and Rick had a rocky engagement, a rough wedding and even a minor bump in the road after their honeymoon. However, their love for each other has brought them through crisis after crisis. Now Rick and Maya will think about taking the next step in their relationship. B&B spoilers tease that they’ll consider starting a family. It’s not clear how long they’ll wait to adopt their first child, but it sounds like they’re excited about the idea of beginning their own Forrester brood. Stick with “The Bold and the Beautiful” to see when Rick and Maya will bring a little one home.

Meanwhile, Liam (Scott Clifton) and Wyatt (Darin Brooks) will find themselves at odds once again. Ivy (Ashleigh Brewer) went to Eric (John McCook) for help and it should stir up more trouble than Steffy (Jacqueline MacInnes Wood) bargained for. Steffy won’t be pleased when she learns that Ivy has spilled all the details. Naturally, Liam will side with his girlfriend and suggest that Steffy doesn’t owe Ivy anything. Wyatt, on the other hand, will remain in Ivy’s corner. You can gear up for another round of the Spencer brothers’ ongoing battle.

“The Bold and the Beautiful” spoilers say Wyatt will believe that Ivy deserves to resume her rightful place at her family’s company. Though Liam will disagree, it’s really out of his hands at this point. Eric may not be in control at Forrester Creations anymore, but his opinion could still carry quite a bit of weight with Ridge (Thorsten Kaye).

Fortunately, it seems the issue may not have to go that far. Ridge is awfully wrapped up in the drama with Caroline (Linsey Godfrey) and Thomas (Pierson Fode). The last thing Ridge needs is another commotion to deal with. Instead, Eric will insist that there has to be a way for Ivy and Steffy to put the past behind them. Steffy will probably just have to suck it up and let Ivy get back to work at FC. Of course, the rumors hint that Steffy will have a couple of conditions. Stay tuned to the CBS soap to see if Ivy will agree to go along with Steffy’s demands.

So B&B fans, what do you think about the news that Rick and Maya will consider starting a family? Do you believe they’ll adopt children soon? What about Wyatt and Liam’s disagreement? Will these brothers ever make some updates to how they treat each other? Let us know what you think in the comments below and don’t forget to check Soap Opera Spy often for the latest “Bold and the Beautiful” spoilers, rumors, updates and news.

‘Days of Our Lives’ Spoilers: Sonny Gets Heartfelt Message From Will, Returns to Salem – Lucas Supports Adrienne as His Own Crisis Looms