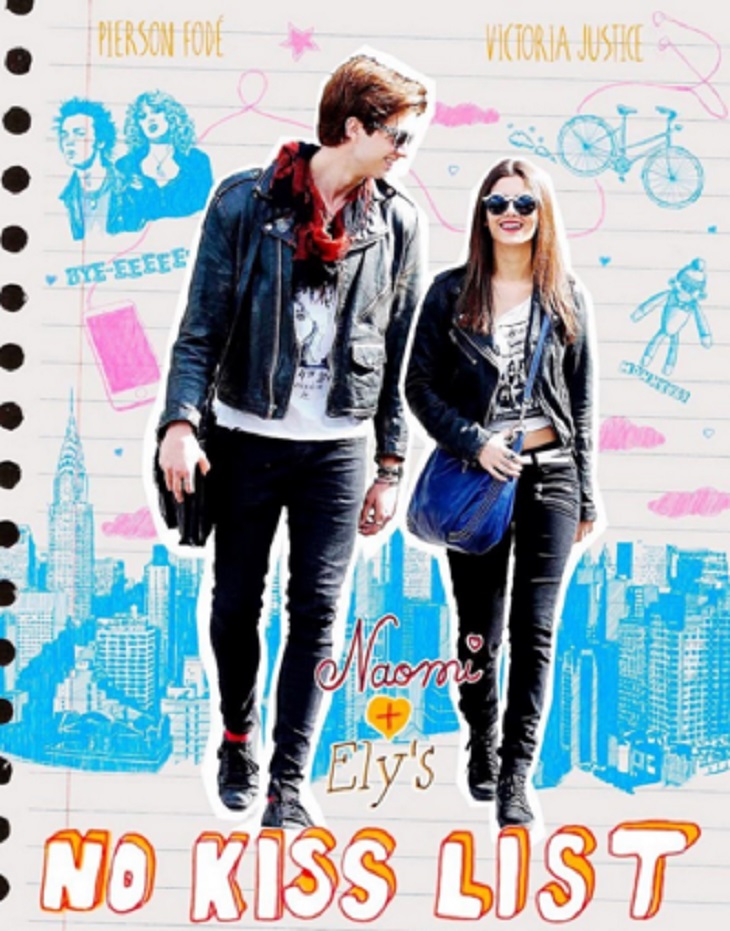 “The Bold and the Beautiful” (B&B) Pierson Fode (Thomas Forrester) talked about his new movie “Naomi & Ely’s No Kiss List” in a recent interview. The film was just added to movies that can be watched on Netflix.

Pierson discussed a number of topics during his chat with Lilly Melgar (Lily Corinthos, “General Hospital” and Martha Madison (Bell Brady, “Days of Our Lives“). The actress’s host “Soap Box” a talk show on tradiov.com – Fode was a guest on November 19.

“B&B” fans Pierson Fode isn’t just a talented actor, he’s been making short films since he was a teenager, submitting his first one to a film festival when he was about 14-years old. Pierson also writes and produces his own projects outside of his role as Thomas Forrester on “The Bold and Beautiful.”

Getting back to Pierson’s new movie “Naomi & Ely’s No Kiss List.” Fode portrays Ely and Victoria Justice portrays Naomi, best friends who have loved each other their whole lives, even though Ely isn’t exactly into girls. The institution of a “no kiss list” has prevented the two from rifts in the past, but bonds are tested when they both fall for the same guy – Naomi’s boyfriend.

Fode was nervous about taking on the role of a gay man because he didn’t think he would be able to do it justice. Pierson wanted to make sure he portrayed Ely in the right way, not as a stereotype or a caricature.

Related: Things Get Tense When Julius Arrives for Thanksgiving – Eric Opens Up About Memory of Stephanie

“The Bold and the Beautiful” fans will you watch Pierson Fode’s new movie “Naomi & Ely’s No Kiss List” on Netflix? Are you surprised to find out that Pierson is not just a talented actor, but also writes and directs short films? Pierson told Lilly and Martha he plans to keep doing it all – acting, writing and directing – for years to come.

‘General Hospital’ News: Jason Thompson Reveals He Is Finished Filming At “GH” Thanks His Fans