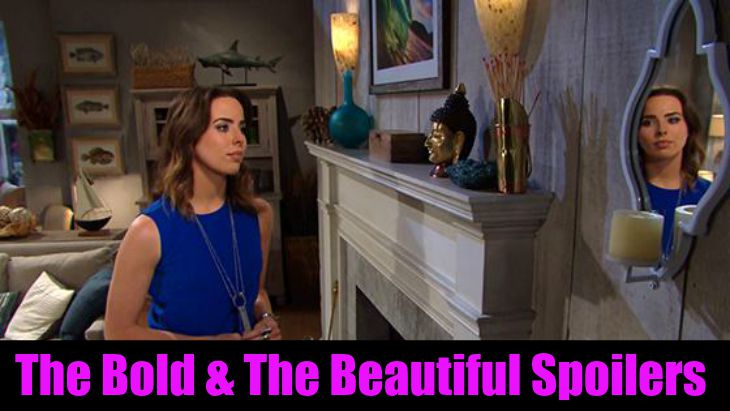 “The Bold and the Beautiful” spoilers reveal that Steffy (Jacqueline MacInnes Wood) will soon play dirty and Wyatt (Darin Brooks) will fight back. In an effort to form an alliance, Wyatt will approach Bill (Don Diamont) and Katie (Heather Tom) with info on Steffy’s latest tricks. Naturally, Katie and Bill will want to question Steffy and find out for themselves if Wyatt’s story has any merit. They’ll drop by and grill Steffy on how she’s been treating Ivy (Ashleigh Brewer).

Steffy will do her best to explain her actions, but it’s clear that she’s in hot water. B&B rumors hint that Steffy may decide she wants to be the face of Forrester Creations after all. Ivy was trying to do the right thing by deleting the video and Steffy was thankful she saw the light. Unfortunately, it appears Steffy learned nothing from the whole ordeal. Steffy is used to getting what she wants and she won’t let Ivy stand in her way. If that means throwing Ivy under the bus, then that’s how it has to be.

Related: ‘The Bold and the Beautiful’ Spoilers: Watch The B&B Video Preview For Wednesday September 9 – SEE IT HERE!

Steffy has proven that she has no qualms about taking things away from Ivy. When Steffy came back to Los Angeles, she immediately made it her mission to steal Liam (Scott Clifton). However, Steffy’s new scheme could backfire. “The Bold and the Beautiful” spoilers tease that Bill and Katie’s questions will have Steffy fearing the worst. Steffy will wonder if she’ll be able to keep Liam in her corner. If Liam won’t stand by Steffy in the midst of all this, their relationship could be on the rocks.

Nevertheless, Liam seems pretty committed to Steffy at the moment. Liam backed Steffy up when Ivy showed him the incriminating video. If that didn’t cause Liam to turn away, then it’s doubtful something like taking Ivy’s job would cause a breakup. Still, Steffy needs to watch her back. Even without Liam, the Spencer boys are a force to be reckoned with. Stick with “The Bold and the Beautiful” to see if Steffy’s plan to have it all will come at a steep price.

So B&B fans, what do you think about the news that Bill and Katie will try to get updates on Steffy’s actions? Will Wyatt convince Bill to counter with an equally sneaky scheme? Will Liam understand Steffy’s point of view or decide she’s being unfair to Ivy? Let us know what you think in the comments below and don’t forget to check Soap Opera Spy often for the latest “Bold and the Beautiful” spoilers, rumors, updates and news.