‘The Bold and the Beautiful’ : 10 Things To Know About BB’s Ashlyn Pearce? 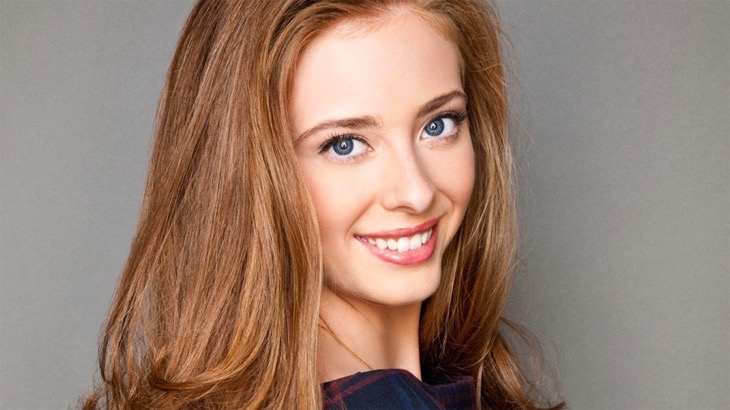 Ashlyn Pearce played Aly Forrester the daughter of the late Darla Forrester and Thorne Forrester on the popular Daytime Soap “The Bold and the Beautiful” since late Fall 2013.

In a shocking turn of events the character was killed off last week.  As the weeks up to her death progressed we watched Aly’s personality break down and Aly lose touch with reality.  In the end while Aly was trying to kill Steffy the daughter of the person who Aly’s mother Steffy hit Aly with a tire-iron and killed her.

Fans were shocked at the death of the troubled teen and Ashlyn took to her twitter account to thank her fans for all their support.  She tweet, “#BoldandBeautiful fans. Thank you for all the love and support. Aly Forester was a role I feel so blessed to have been able to play. #TeamAly,” 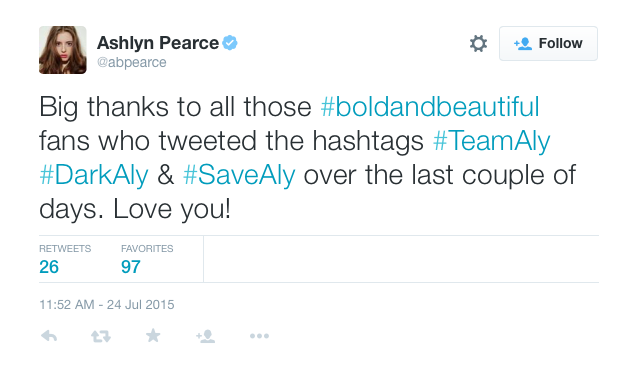 ‘General Hospital’ Trivia: How Well Do You Know GH?