All My ChildrenAs The World Turns

Our Favorite Daytime Soap Stars – Alicia Minshew, Billy Magnussen and Tuc Watkins – Where Are They Now?

Many a daytime drama has been cancelled, many a character has been written out or an actor has left behind a role. It’s fun to catch up and find out what our favorite soap stars are doing in their lives post-soap opera. Let’s catch up with Alicia Minshew (Kendall Hart Slater, All My Children), Billy Magnussen (Casey Hughes, As the World Turns) and Tuc Watkins (David Vickers, One Life to Live). 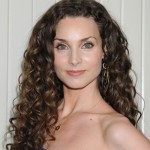 Alicia Minshew portrayed Erica Kane’s daughter Kendall Hart Slater on “All My Children” from 2002 until 2011 and then carried the role over to the online web series until 2013. Minshew’s newest role will be as Georgina Phillips – described as a ‘slightly tarnished trophy wife with a bad prenup” on a new Sudsvilletv web series “Year Rounders.” Look for the series to begin in December and expect a totally different look for Alicia. We’re excited to see her and to see the new soap opera series. 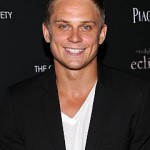 Billy Magnussen has been busy since leaving “AWTW” and 2015 is shaping up to be perhaps his busiest year ever. Magnussen will portray Kato Kaelin in ABC’s “American Crime Story” which will center on the O.J. Simpson trial this season. He has also been cast as Logan Miller in the upcoming FX show “Snowfall.” When he isn’t busy with his acting career Billy also plays guitar in the band Reserved for the Rondee. 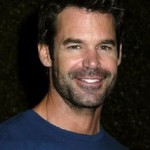 Tuc Watkins captured our hearts and made us laugh on as David Vickers “One Live to Live.” He also made several appearances on the ABC nighttime dramedy “Desperate Housewives.” Since 2012 he has made several appearances in the online web series – “Where the Bears Are” as Dickie Calloway. In addition to his work on “Where the Bears Are” Tuc taped some scenes for an upcoming episode of Eva Longoria’s new NBC comedy “Telenovela.”

It’s nice to know that our favorite soap opera stars are enjoying careers in the newly evolving medium of online web series as well as nighttime television. Though they are missed on the network daytime dramas we look forward to watching “Year Rounders,” “American Crime Story.” “Snowfall,” “Where the Bears Are,” and “Telenovela.”

‘General Hospital’ (GH) Spoilers: Sonny and Morgan Both in Crisis – The Road Ahead For Father & Son