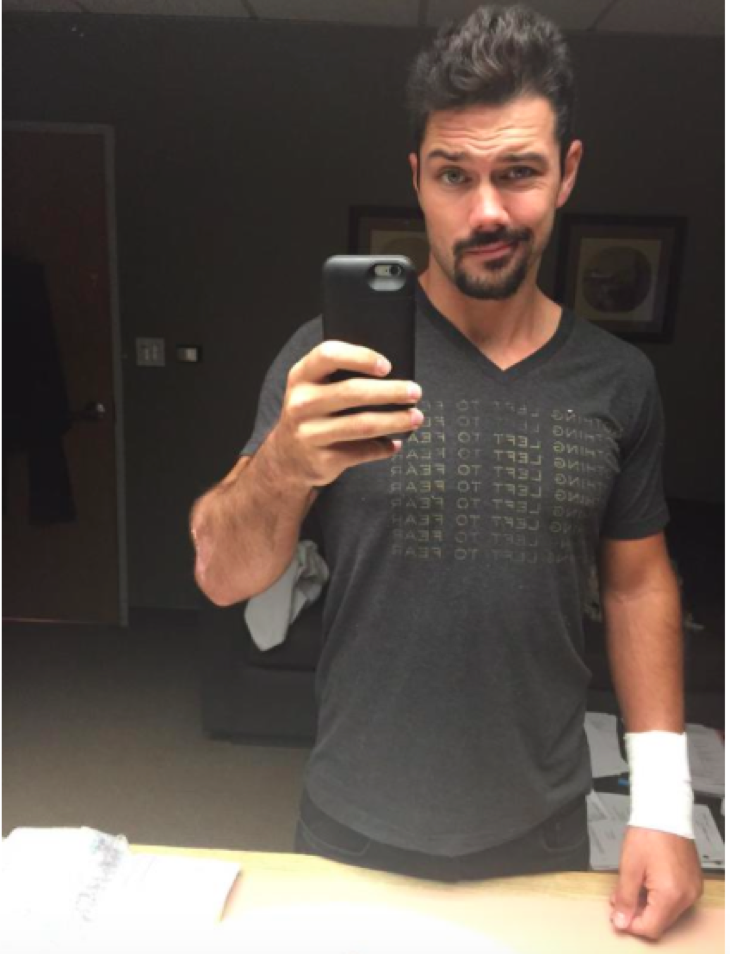 We recently reported that “General Hospital” star Ryan Paevey had a rough Fourth of July weekend. Paevey, the actor who plays Nathan on General Hospital, revealed to his fans that while he was enjoying his holiday weekend with fiends at the Chilao Campground’s – The Angeles National Forest in the San Gabriel Mountains, he suffered a motorcycle accident.

Paevey took to social media to keep his fans updated and said, “So the good news is…I got to adventure here last weekend with some really cool people. The bad news is…Lilith and I took a spill and I shattered my right wrist.”

For the most part, fans were left wondering what would happen to Paevey’s role on General Hospital. Now, fans finally got the answer that they were looking for.

Ryan Paevey took to his Twitter account today to share a photo of himself with goatee and a cast on his wrist. Peavy thanked all of his fans for their support and well-wishes during the accident. Ryan Paevey wrote, “Ditching the cast and the donut beard, back to work! Thanks everybody for checking on me, I’m alive.”

General Hospital has been on summer hiatus for the last few weeks, so we are guessing that Ryan Paevey had enough time to rest and heal up before the popular soap opera started filming new episodes, starting this week.

Fans are excited to see that Ryan Paevey is back in action, and many are ready to see what is in store for the romance of Naxie!

Are you happy to hear that Ryan Paevey will be back in time to reprise his role as Nathan on General Hospital? Are you ready for to see what is next for Naxie?

‘The Bold and the Beautiful’ Spoilers: Watch The B&B Video Preview For Tuesday July 21 – SEE IT HERE!