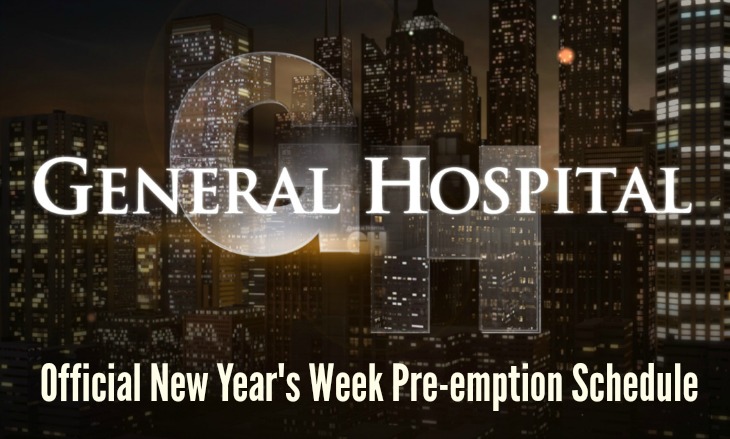 Hello, GH FANS, and an EARLY HAPPY NEW YEAR! Soap Opera Spy is bringing you ALL the NEWS for New Year’s Eve and New Year’s… that IS news… coming to you straight from Port Charles!

Sadly, we are bidding a fond adieu to Patrick Drake [Jason Thompson] as he winds down his 10 year run at “General Hospital” this week. He originally joined the staff at the Port Charles Hospital in December 2005. We wish him the best of luck as he moves from ABC to CBS to become a part of their “Young and the Restless” family.

On New Year’s Eve, “General Hospital” will be airing an encore episode, we just haven’t heard from ABC just which episode they will air, yet.

ABC’s “General Hospital” will not be aired due to a network pre-emption.

Soap Opera Spy would like to thank all of our followers for their support. We will see you back on January 4, 2016, delivering daily recaps/videos for “General Hospital,” “The Young and the Restless,” “B&B,” and “Days of Our Lives.” We wish all our followers a very Happy Holiday season.

‘All My Children’ News: Alum Josh Duhamel Stars In New Movie ‘Lost In The Sun’