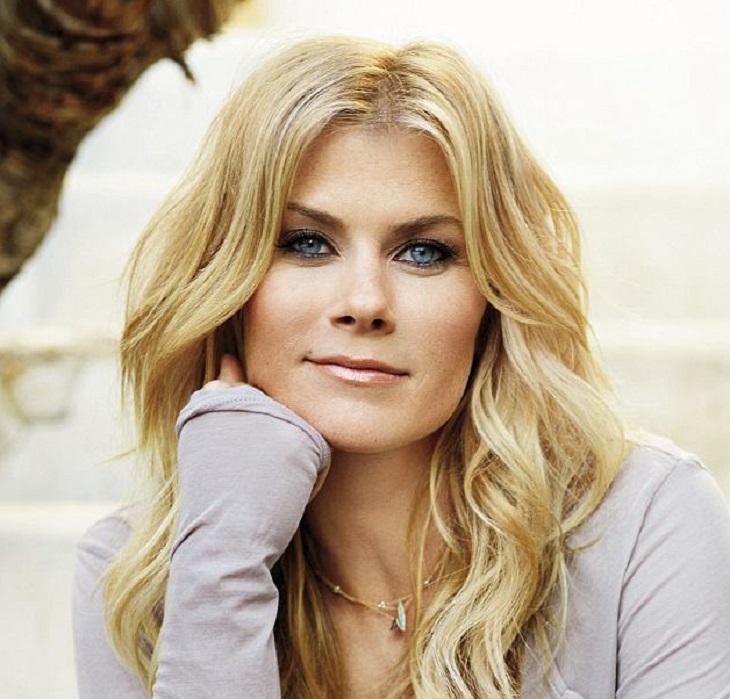 “General Hospital” news teases that Alison Sweeney is coming back to the hit daytime drama. When she left “DAYS” last year, she tried her hand at directing the ABC soap. It looks like she must have done well, because she is back again, directing the Nov. 20 episode of the show, ABC Soaps in-Depth reports.  She said that directing was much harder than it looks, and she added, “It was a lot of fun, too.”

Last year, the soap queen left “Days of Our Lives” to try her hand at directing. She revealed that she had been pretty busy shadow directing a few Hallmark movies- and cannot wait until it is her turn to sit in the executive producer chair.

She said that directing a whole new world than she is used to working in. Alison noted that she was accustomed to the production staff telling her for years were to stand, what page of the script to read, and someone to tell her if she was doing well in her scenes or not. “As the director, you sit in the driver’s seat and control if the episode comes together as the writers intended,” Sweeney explained.

Related: Could Alexis Lose Julian To His Baby-Mama Olivia While They Are Co-Parenting Leo?

Currently, Sweeney has been pretty busy with the 50th year anniversary for “Days of Our Lives.”  It has been three months of exciting returns and script shakeups. She returned for a brief stint on the show, to imply that EJ DiMera [James Scott] is alive. Sweeney tweeted to her fans a few weeks ago to let them know that Sami Brady will return to Salem in a few months. Do you think she would ever hang up her acting hat and dig full-time in directing?

‘The Bold and the Beautiful’ Spoilers: Watch The B&B Video Preview For Tuesday November 10 – SEE IT HERE!