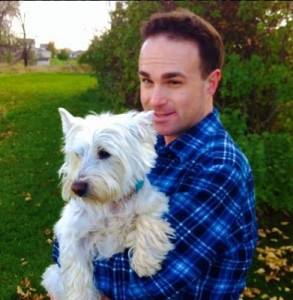 “General Hospital” executive producer, Nathan Varni sat down with Michael Fairman. He dished on Jason’s [Billy Morgan] reveal, Jason Thompson’s exit, and where he sees the well-loved soap opera going heading into 2016. He wanted the fans to know that he is extremely personally invested in the storylines with the show.

Nathan admitted that the Jason reveal took way too long to come out. “I also think it was very interesting to see Liz fall in love with ‘Jake’ not Jason; they had a connection.   I think all of that was interesting to see unfold.  Unfortunately, where we misfired was dragging the story out way too long and we as a collective team are all responsible for letting it drag on too long.  However, our current writers have a clear vision and journey for the story which I think has really jumped the story in the past month and even re-energized the actors on set. Shelly and Jean’s take on the upcoming story is one that I find interesting and will really push the actors to bring their “A” game to their roles.”

It isn’t often a television producer will admit to failures in the writing department, so his admission was extremely refreshing to read. His confidence in his writing team, should help make the audience feel more at ease because he is so open about his vision for the show.

Varni said that as of right now, he isn’t sure if the writers plan to recast Dr. Patrick after Thompson exits the role. He said, “There are no plans to have a new Patrick Drake, but as I’m sure our audiences know we need to beef up our GH doctor staff, but that is long-term and we are still in the planning stages for that as we discuss 2016 episodes. When Jean & Shelly started they said they would love to tell more hospital stories, and I completely agree with their desire to do that and hoping we can build many hospital stories in 2016 and beyond.”

Nathan commented that he grew up knowing “General Hospital” history as his mother loved the show. He wants 2016 to be the year that the show honors those who have contributed to character development. He explained, “I too grew up on General Hospital, so I am a big fan of not only seeing GH vets but fighting to give them a relevant story. With the baby-boomer generation entering their senior years, the definition of being a senior citizen has changed, and I think the opportunities to tell stories for characters over 50 or 60 years old is rich as senior citizens are redefined in 2015.  My own mother is 65 years old and routinely rides her bicycle in 100-mile races throughout the year and my dad (also 65) still surfs.  They are active, loving life, and I often try to push our writers to come up with relevant stories for our vets.  I take honoring the history of GH very seriously and hope as we get into 2016 this will become very evident in our storytelling for all characters both for vets and new characters.”

Are you surprised that Nathan Varni admitted that Ron Carlivati dragged the Jason Morgan reveal too long? How will “GH” survive without Dr. Patrick Drake?