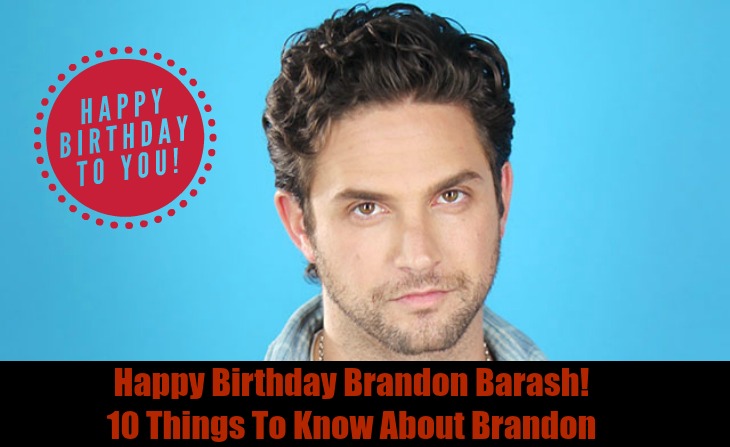 “General Hospital” alum Brandon Barash who played Johnny Zacchara on the popular Daytime Soap is celebrating a birthday today. (October 4, 2015) In celebration of his birthday we decided to compose 10 things you need to know about Brandon.

Enjoy the list and make sure to head over to twitter, RIGHT HERE and wish Brandon a very Happy Birthday!

Our Favorite Soap Stars – Where Are They Now? Catching Up With Crystal Chappell, Linda Dano and Amanda Seyfried