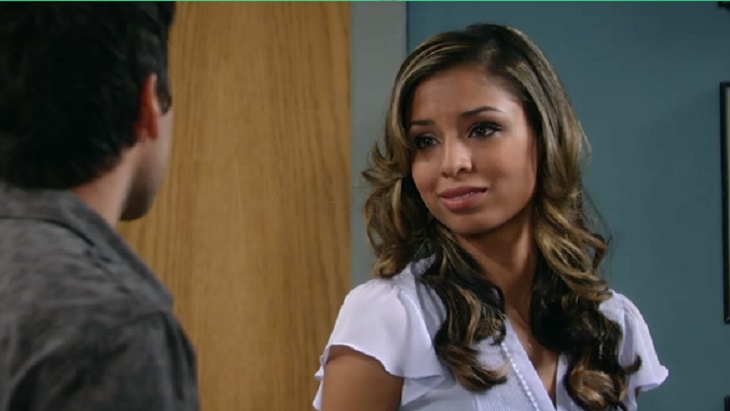 Is Valerie’s dad headed to Port Charles?  “General Hospital” spoilers from Soap Opera Digest tease that the ABC soap opera is looking to cast another character in Port Charles.  GH put out a casting call for an African-American actor in his 50’s – 60’s, and requested that all actors auditioning for the part are “strong and dynamic.”  “General Hospital” fans are already speculating as to who the new man in Port Charles may be.

Of course, with every casting call – there is always the chance that it could be a recast or an old character returning to Port Charles.  But, there aren’t too many African-American men on the soap opera cast that would fit that criteria and age.  Valerie Spencer (Brytni Sarpy) just arrived in town not long ago herself, and she was introduced as Lulu’s cousin, the daughter of Patricia Spencer.

Since Valerie arrived in Port Charles earlier this year, her father’s identity has never really been brought up nor has her heritage, but it would be a fair assumption to say that whoever her father is – he isn’t white.  “General Hospital” rumors are teasing that the casting call for an African-American actor might be for Valerie’s father.

What do you think GH fans?  Is Valerie’s dad headed to Port Charles, what will he think of all of the drama that his daughter has gotten herself wrapped up in?  Are you excited to learn some more of her backstory?  Or could the casting call be for someone else entirely?  Share your thoughts in the comments below!