General Hospital 2015 Nurses Ball Spoilers: Duke Lavery Will Die (Or Will He?) 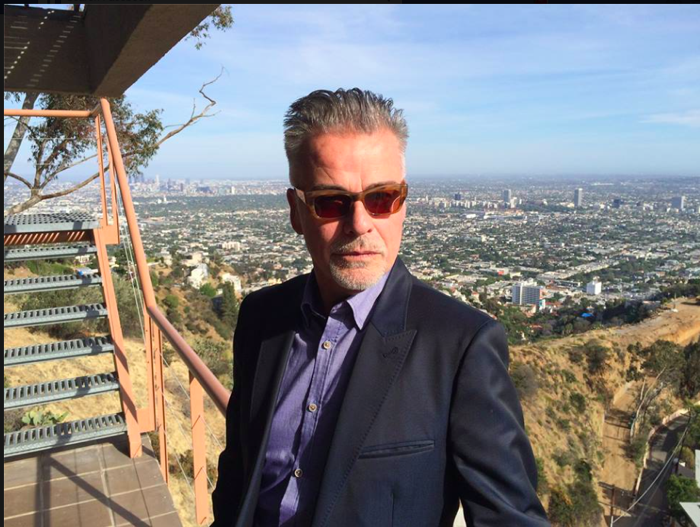 It’s been confirmed that Ian Buchanan, portrayer of Duke Lavery, is leaving ‘General Hospital’. Rumor has it that his last appearance will be at the Nurses Ball slated for air dates on May 1, May 4th and 5th. But more interesting still is that it will be Anna Devane [Finola Hughes] that orchestrates her true love’s exit from Port Charles.

And no, the newly minted Federal agent is not putting Duke in Witness Protection – she will shoot and kill him. The night of the Nurses Ball will be one of chaotic violence with a hit man making a move on Sonny Corinthos [Maurice Benard] and Carly Corinthos [Laura Wright]. While Jake Doe aka Jason Morgan [Billy Miller] will work to take out the assassin that’s aiming at them, there will be another shootout between the Jerome and Corinthos crime families.

It’s during this confrontation that Anna will shoot Duke. While it’s not clear how this will happen, there are a couple of likely scenarios. First, since Duke has his eye on Anna’s undercover sidekick Jordan Ashford [Vinessa Antoine] and is sure she’s reporting on him and the other Corinthos mobsters, he may make a move to take her out. Anna may have to choose between Duke and Jordan and will have to shoot Duke, despite her love for him, to save her fellow law officer.

‘General Hospital’ rumors indicate that Jordan will be injured in the shoot out, as will Dante Falconeri [Dominic Zamprogna], so this first scenario is one sound alternative. Another is that Anna will be pinned down with a wounded Dante and Jordan when they came to address the mob shoot-out and she’ll shoot wildly at the mobsters to try and quell the disturbance and will accidentally shoot Duke. It would be more dramatic if she chose to shoot him rather than it being a potshot.

But here’s the real question – will Duke really be dead? And even if the shooting is fatal, is that the real Duke Lavery? Think about it. Back in the late 80s, he faked his own death to protect Anna and entered Witness Protection. All of Port Charles, though, assumed he was dead after a warehouse fire. But he never made it to WITSEC and was instead locked in a Turkish prison (Midnight Express, anyone?) where he met Jonathon Paget.

What seemed idle jailhouse chat allowed Jonathon to learn enough about Duke, is past and relationship with Anna to masquerade as Duke. He was able to convince Anna that he was Duke wearing another face but then that Duke was gunned down by Julian Jerome. Wouldn’t it be ironic if it was Julian that killed what, by now, is Duke 3.0 rather than it being Anna that puts a bullet into him? Alas, that’s not what the story lines indicate.

And then, just a few years ago, Duke once again ambled into Port Charles to reunite with Anna. But this also was not the real Duke. In fact, Duke 2.0 was really Cesar Faison in disguise. He had the real Duke locked away for safe keeping. One has to question how Anna couldn’t realize that fake-Duke wasn’t some random dude in a mask. This is not Scooby Doo or Mission Impossible. Masks are obvious – especially when you’re sucking face with someone.

But to be fair, Cesar wasn’t faking his love for Anna so maybe it was passion that convinced her to ignore the obvious. Then Cesar was exposed and the “real” Duke was released from captivity – turns out Cesar and Liesl Obrecht had him in storage in Switzerland for quite some time. Then he was re-kidnapped by Cesar and held at Wyndemere at the Cassadine family compound. This begs the question, with Duke out of sight for so long, is the Duke that will perish at the Nurses Ball the real Lavery?

Ian Buchanan is said to be leaving the show for good – as in, forever. He’s got a couple of new projects showing on IMDB including romantic comedy Byrd and the Bees and a dark comedy titled One Week in Hollywood. More importantly, he’s slated to reprise the character of Dick Tremayne in Showtime’s reboot of cult classic Twin Peaks. But, as we all know with soaps, dead isn’t really dead. If Buchanan decides he wants to return to GH, no doubt the writers will find a way to revive Duke.

Duke could return as a…
Duke clone created when he was held captive by evil Obrecht
Duke twin previously unknown who has been living back in Scotland
Duke for real because this was another fake death to get him out of the mob for good
Duke for real because the Duke killed at the Nurses Ball was Cesar Faison back in a Duke mask
Duke ghost who’s haunting Anna Devane for shooting him
Duke vampire (Port Charles had a fanged infestation at one point, right?)
Duke look-alike who is not Duke but just a guy who looks like Duke (think Bill Eckert and Luke)

So what do you think, Soap Opera Spies? Will Duke be dead and gone for good when he goes down in a hail of bullets at the Nurses Ball? Or will this turn out to be another faux-Duke that died so show runners can bring back Ian Buchanan if he decides he wants to head back to Port Charles?

‘General Hospital’ Fashion: Who Wore It Best To The 2015 Daytime Emmy Awards?

‘The Young and the Restless’ Spoilers April 30: Gabriel Agrees To Work For Victor, Victoria Cancels Hex, Sage and Gabriel Make Out