Days of Our LivesSoap Rumors

‘Days of Our Lives’ Spoilers: Nicole Having Trouble With Daniel, Meets a Handsome Stranger – Serena’s Plan Blows Up 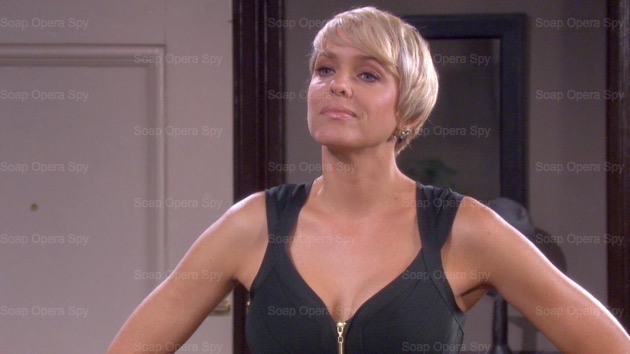 “Days of Our Lives” spoilers hint that Salem could soon have a bit more eye candy. It seems Nicole (Arianne Zucker) will become fed up with Daniel (Shawn Christian) and run into a handsome stranger. Though Nicole won’t be familiar with the new hunk, the rumors say it could be someone DOOL viewers already know. Some have speculated that it might be Clint (Lucas Kerr), but the word “handsome” doesn’t seem like the best description for him. Clint is certainly attractive, but “handsome” evokes more of a suave, well-groomed image. Think “Prince Charming” instead of “gritty hottie.” Several former “Days” stars have been committing to come back for DOOL’s 50th anniversary this year. Maybe there will be a surprise visit from a fan favorite of the past. Whatever the case, it’s nice that Nicole will get a break from her usual begging/apology tour. Besides, Nicole’s love life could use some updates.

Unfortunately, it looks like Nicole’s break will be brief. Other “Days of Our Lives” spoilers tease that she’ll enlist the help of Eric (Greg Vaughan) for a problem she encounters with Daniel. Nicole has been persistent in her efforts to win back Dr. Dan, but the rumors say Nicole may not be as over Eric as she thinks. Could asking for Eric’s help pave the way for a rekindled romance? We’ll have to wait and see, but Nicole apparently needs some time to work out what she really wants. Besides, pesky Serena (Melissa Archer) and her elephants need to be taken care of first. It looks like no one will be able to move on until Serena’s plan blows up in her face. Stay tuned to “Days of Our Lives” to find out if Nicole will be the one to expose Serena’s scheme.

So “Days” fans, what do you think about the news that Nicole will meet a handsome stranger? Will the new hunk be an old fan favorite? Would you like Nicole to start fresh with a different relationship or do you like Nicole with Eric or Daniel? When the truth finally comes out about Serena, will Nicole get the apology she deserves from the men in her life? Let us know what you think in the comments below and don’t forget to check Soap Opera Spy tomorrow for the latest “Days of Our Lives” spoilers, rumors, updates and news.

‘The Bold and the Beautiful’ Spoilers: Katie Questions Rick About Fatherhood – Will He Blow His Top When He Learns Maya’s Secret?

‘The Young and the Restless’ Spoilers: Christine Sues Neil and Nikki, Hilary Seduces Prosecutor Winston to Save Neil – Leslie Returns to Defend Neil?