‘Days of Our Lives’ Spoilers: Nicole Fears Xander, Goes to Daniel or Eric For Help – Daniel Mulls Over Secret Compartment 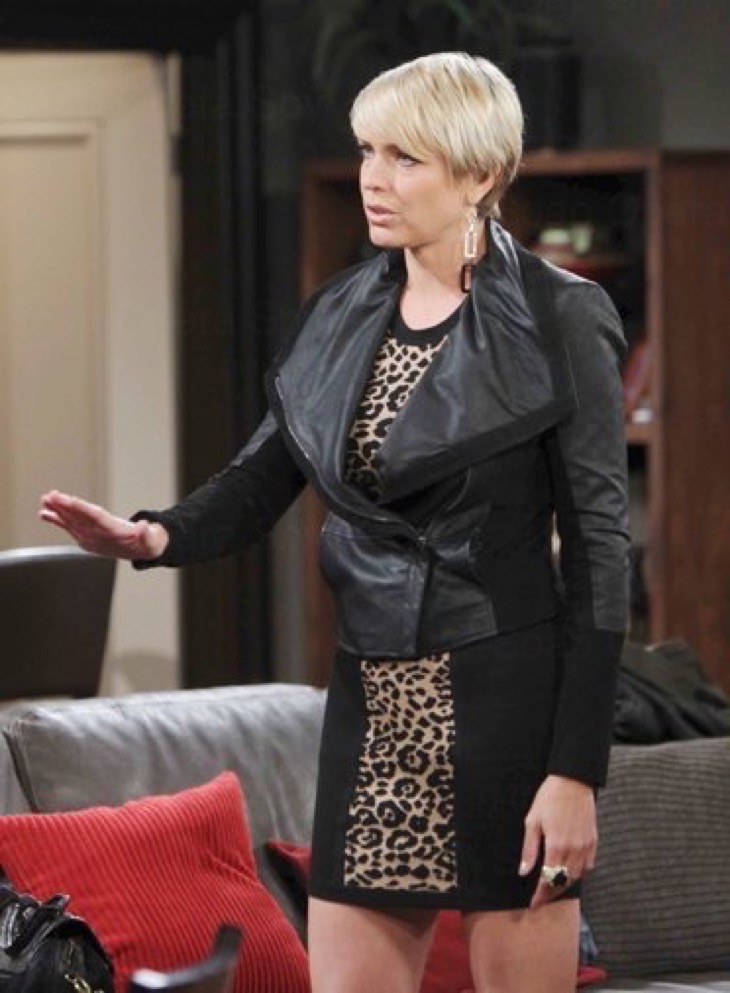 “Days of Our Lives” spoilers reveal that Nicole (Arianne Zucker) will sense that she’s messing with the wrong man. Xander (Paul Telfer) served time in prison for murder and Nicole is starting to fear she could be his next victim. In fact, Nicole will become so concerned that she’ll consider turning to Daniel (Shawn Christian) for help. Nicole will mull over the idea of coming clean, but it doesn’t seem likely that she’ll fill him in on her investigation of Xander and Serena (Melissa Archer) just yet. Nicole is incredibly close to uncovering the truth and she doesn’t want to give up when she’s on the verge of a successful mission. Besides, DOOL fans know that Daniel would probably fly off the handle as he always does when he learns Nicole is keeping secrets.

Of course, Daniel will be doing some mulling of his own. “Days” spoilers tease that Daniel will be perplexed by the secret compartment he found in the elephant statue. Chances are good that Daniel will begin to think about Serena’s behavior over the last few months. Honestly, it’s surprising Serena hasn’t been caught already. She’s quite possibly the most incompetent criminal ever. Serena ranted nonstop to Eric (Greg Vaughan) about wanting the statue back and caused a big scene when she didn’t get her way. When she learned Parker (Evan and Luke Kruntchev) had the statue, Serena drew the elephant on a napkin to confirm it was hers (as if there are hundreds of African elephant statues floating around Salem). Then, Serena was constantly asking for access to Daniel’s apartment. “Butterfingers Bluebird” also dropped both of the statues AND spilled the diamonds on Dr. Dan’s sofa. When you take all of that and add it to Serena’s sudden rush to move to Hawaii, it doesn’t take a rocket scientist to figure out that Serena is up to something. Serena’s secret is about to be revealed and it could spark some big changes for Nicole.

“Days of Our Lives” rumors hint that Nicole will soon find herself torn between her past and present. Longtime DOOL viewers know that Nicole has a history with Eric and she still cares deeply for him. However, Nicole finally decided to move on and now she believes Daniel is “the one.” After Serena’s scheme is brought to light, it’s possible that Nicole could have two men interested in her. Eric will be free from Serena and grateful to Nicole for helping him learn the truth. Daniel will also be eating a bit of crow for his refusal to believe in Nicole’s instincts. If both Daniel and Eric are apologetic and available, who will Nicole choose? Stick with “Days of Our Lives” to see who Nicole will be drawn to.

So “Days” fans, what do you think about the news that Nicole will consider giving Daniel updates on what she’s learned? Should Nicole hold off a little longer or is it too risky? Will Daniel find out Serena’s secret on his own? Will Nicole end up with Daniel or Eric when all of this is over? Let us know what you think in the comments below and don’t forget to check Soap Opera Spy tomorrow for the latest “Days of Our Lives” spoilers, rumors, updates and news.

‘The Bold and the Beautiful’ Spoilers: Steffy Tells Aly Off Over Liam Flirting – Makes Major Decision