‘Days of Our Lives’ Spoilers: Jordan Leaves Salem – Ben Gets Some Good News – Does Chad Want Abigail Back? 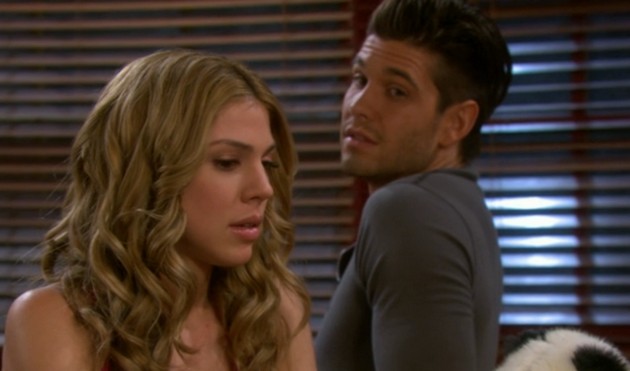 ‘Days of Our Lives’ spoilers tease that Jordan (Chrishell Stause) will soon say her goodbyes and hit the road. While the character had a lot of potential, it seems DOOL writers waited a bit too long before letting viewers in on Jordan’s secret. When there’s a big buildup with no real payoff, “Days” fans can get irritated and that seems to be what happened here. Maybe if the writers had allowed Jordan to open about her past a bit sooner, things might have worked out.

However, the storyline ultimately fell flat and now Jordan is going on her merry way. Perhaps “Tammy Sue” can start fresh in another town where someone will care. Chrishell Stause’s last scenes are set to air on March 9.

With Jordan out of the picture, Chad (Billy Flynn) will be looking for a new love interest—or perhaps an old one. DOOL viewers know he came back to Salem with the hope of getting back at Abigail (Kate Mansi), but it looks like he could end up getting back with her instead. Days of Our Lives spoilers hint that Chad will try to be Abby’s hero on an upcoming episode. The question is: what will be Chad’s true motive? Fans of the NBC soap will likely be wondering if Chad has affection or vengeance on his mind. All’s fair in love and war so stay tuned to see what Chad has in store for Abigail.

Other DOOL spoilers indicate that Ben (Robert Scott Wilson) will receive some good news in the near future. It’s possible that Chad’s heroic action will be helping Ben out of the legal jam he’s found himself in. After all, Chad’s the one who got Ben in trouble with the law in the first place. If Chad does come to the rescue, Abigail will undoubtedly be grateful and rumors say it could pave the way for a soapy love triangle. Stick with DOOL to find out if Abigail will once again find herself torn between two men.

So “Days” fans, what do you think about Jordan leaving Salem? Did the character interest you or are you happy Jordan’s getting out of town? What about the new love triangle that seems to be forming? Do you think Chad and Abigail belong together or should Abigail stay with Ben? Who do you think Abigail will choose? Let us know what you think in the comments below and don’t forget to check Soap Opera Spy often for the latest “Days of Our Lives” spoilers, rumors and news.

Get Exclusive ‘Days of Our Lives’ Spoilers: Jordan Leaves Salem – Ben Gets Some Good News – Does Chad Want Abigail Back? News & Updates!