‘Days of Our Lives’ Spoilers for Friday, July 17: Abigail Ready For Drastic Measures If Chad Is Baby’s Father, Someone Else Discovers Pregnancy! 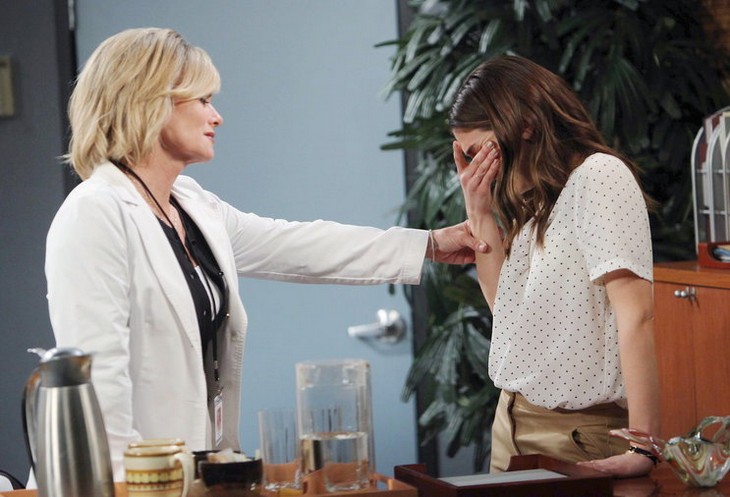 “Days of Our Lives” spoilers reveal that one more Salemite will soon be in on Abigail’s (Kate Mansi) secret. Abigail hasn’t done a very good job of keeping her pregnancy under wraps. First, Abigail ran into Will (Guy Wilson) and the dropped pregnancy test was a dead giveaway. That part was bad luck, but Abigail took it a step further. Despite the fact that Will once wrote a malicious story that included EJ’s (James Scott) affair with Abigail, she trusted him with the news that she was indeed pregnant. Will isn’t known for his secret-keeping skills, which means he could end up spilling the beans at some point. Even if he does it inadvertently, Will could be a real wild card here.

Hope (Kristian Alfonso) is also aware that Abigail has a baby on the way. If someone else had to know, Hope’s not a bad option. Abigail can trust Hope, but her knowledge could still prove problematic. The same goes for Kayla (Mary Beth Evans). Abigail will be likely involved in a deep conversation about her pregnancy and it’ll become eavesdrop central. After all, that seems to be DOOL’s go-to method for exposing dirty little secrets. The question is: who will learn the truth? We don’t know for sure whose ears will be perking up, but “Days of Our Lives” rumors hint that Clyde (James Read) could find out about Abigail’s baby drama. If that’s true, then big trouble is brewing. 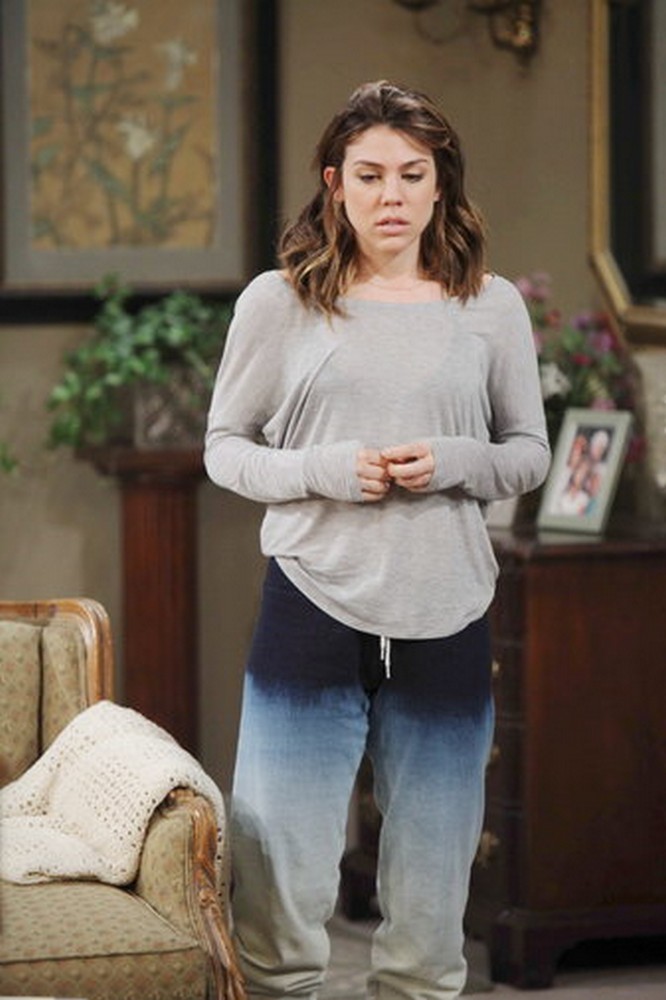 Clyde could throw some money around and have someone at the hospital make sure the paternity test turns out in Ben’s (Robert Scott Wilson) favor. Regardless, Abigail will soon make up her mind that this baby simply can’t be Chad’s (Billy Flynn). “Days” spoilers tease that Abigail will vow to take drastic measures if she learns Ben isn’t the child’s father. That could mean Abigail will consider having an abortion or just passing the baby off as Ben’s. It could also mean admitting the truth, but demanding that Chad stay out of her child’s life.

Abigail is wary of the DiMeras and she’s concerned about being tied to them forever. However, Abigail might want to start thinking of the Westons as another viable threat. Clyde has done his fair share of shady dealings and Ben is a chip off the old block. They both have hot tempers and a desire to get what they want at any cost. DOOL rumors say that things could take a dangerous turn. Stay tuned to “Days of Our Lives” to see if Abigail can protect herself as well as her child.

So “Days” fans, what do you think about the news that someone else will get updates on Abigail’s pregnancy? Will this secret soon be sending shockwaves through Salem? Just how far will Abigail go to shield her child from Chad and the rest of the DiMera clan? Let us know what you think in the comments below and don’t forget to check Soap Opera Spy tomorrow for the latest “Days of Our Lives” spoilers, rumors, updates and news.

Get Exclusive Days Of Our Lives Spoilers News & Updates!

‘The Bold and the Beautiful’ Spoilers: Thorne Back July 22, Thomas Shows Up July 24 – Zende Urges Nicole to Go After Her Dreams