‘Days Of Our Lives’ POLL: Will Hope Forgive Bo And Reunite With Him After Aiden Nearly Killed Her? VOTE! 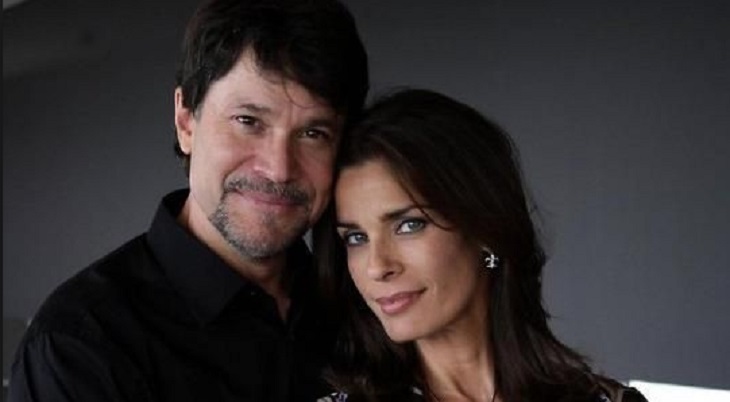 “Days of Our Lives” (DOOL) spoilers tease that Hope Jennings (Kristian Alfonso) will struggle to come to terms with the near death experience on her wedding night – and the fact that new husband Aiden Jennings (Daniel Cosgrove) tried to kill her. Will Hope completely unravel or will she be able to move forward and reunite with Bo Brady (Peter Reckell)?

Bo may not have made it back to Salem in time to keep Hope from marrying Aiden but he did arrive in the nick of time to save Hope’s life. Now “Fancy Face” is having trouble dealing with the fact that she married a man who wanted to murder her.

Hope will finally find out the real reason Bo “abandoned” her and their daughter Ciara (Vivian Jovanni) so many years ago. Is it possible that discovering Bo was held captive cause Hope’s guilt over choosing to move on with Aiden be eased or will it intensify? “DOOL” spoilers indicate that one couple in Salem will face major trust issues as well as problems with forgiveness. Is that couple Bo and Hope?

“Days of Our Lives” fans will be left wondering if Hope will be able to get past what happened with Aiden. A close friend will be there for Hope as she deals with Bo’s revelations and a shocking death. Expect to see Ciara’s life profoundly affected by the choices her mother made and Aiden’s actions.

Will Bo and Hope be able to move past all the things that have happened during the time they were apart? Did Bo expect that Hope would be waiting for him? Will he be angry that she though he would willingly and knowingly abandoned her and Ciara? Is it possible for Hope and Bo to reunite and move forward with their lives or has too much damage been done? Will Bo remain in Salem or will he give up on Hope forever?