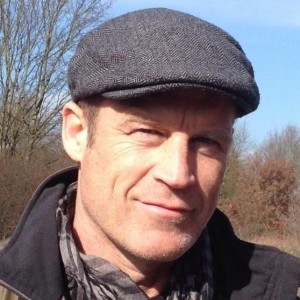 Former “Days of our Lives” star, Mark Valley just landed a prime time gig, according to Soap Opera Digest. He left “DAYS” after portraying Jack for three years in 1997 to pursue other acting opportunities. Since leaving the show, he has appeared on many Primetime shows such as “Boston Legal,” “CSI,” and “Fringe.” He left “Days of our Lives” to peruse prime time roles. SOD reported on Tuesday that the former soap opera actor landed a gig on Bravo TV, “Girlfriend’s Guide to Divorce.”

On December 1, “Girlfriend’s Guide to Divorce” return on Bravo. He scored a reoccurring role as a love interest for Abby (Lisa Edelstein). His character is Dr. Harris, a confident and dashing doctor who tries to woo Abby, and challenges her to take another chance at love. SOD reports that Megan Hilty was also cast for season two of the show.

This season, Abby continues her quest to find love in her 40s while she writes about her adventures as a self-help writer. She has a very complicated and strange relationship with her estranged husband; he is pretty hard for her to control most of the time. He is often unpredictable, leading to hilarious TV. Megan Hilty was cast as Jo, her ex-husband’s new wife. The show revealed that Jo would be her rival in the season. And, no matter what, Abby has her friends in her corner to share her life with- good or bad- Delia (Necar Zagegan), Phoebe (Beau Garett), and Jo (Alanna Ubach).

The show returns for season two on December 1. Are you planning on watching the hit Bravo series?

‘Days of Our Lives’ (DOOL) Spoilers: Clyde’s Enemies Plot Against Him – Stefano, Chad, JJ and Aiden All Want Revenge