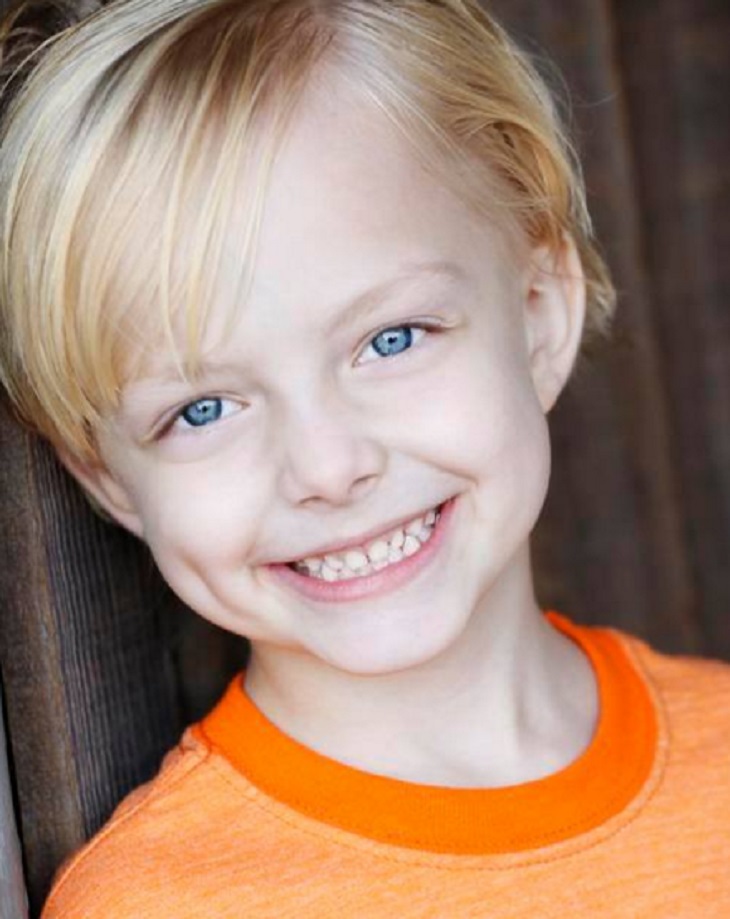 ‘Days Of Our Lives‘ spoilers tease that Christian Ganiere has joined the cast of the NBC soap opera as Parker Jonas – the five year old son of Dr. Daniel Jonas and Chloe Lane.  The character of Parker hasn’t actually been seen on the ‘Days Of Our Lives’ canvas since September 2015 – and the last time Parker was spotted in Salem, the character was portrayed by brothers Evan and Luke Kruntchev.

There is no news yet on why TPTB at ‘Days Of Our Lives’ recast the character – but considering the big storylines coming up for little Parker, it’s not shocking.  Parker will most likely be getting a lot of screen time in 2016.  Not only do ‘DOOL‘ spoilers tease that his father Daniel Jonas (Shawn Christian) is exiting the NBC soap opera, but he may be killed off all together.  And, after years of being an absentee parent – Parker’s mother Chloe Lane (Nadia Bjorlin) is returning to ‘Days Of Our Lives‘ for good in 2016.

According to ‘Days Of Our Lives’ spoilers from Jason 47, Christian Ganiere will make his debut as Parker Jonas in January 2016.  Soap Opera Spy would like to welcome Christian Ganiere to ‘DOOL’ – and wish him the best of luck on his new acting gig.  Are you excited for Parker’s upcoming storylines?  Do you think Christian is a good addition to the ‘Days’ cast?  Let us know what you think in the comments below and don’t forget to check back tomorrow for more ‘Days’ spoilers and news.