‘Days of Our Lives’ News: Alison Sweeney to Return for ‘Days’ 50th Anniversary 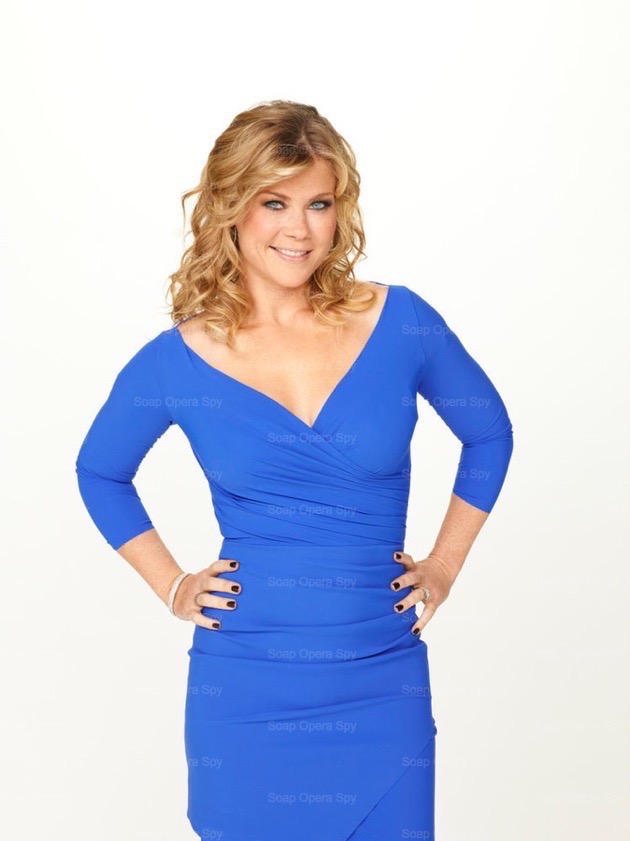 “Days of Our Lives” spoilers reveal that there are plenty of surprises in store for DOOL’s 50th anniversary this year. Several soap stars of the past have signed on to reprise their roles, including Stephen Nichols and Peter Reckell. It looks like “Days” fans can add one more former cast member to the list. Michael Logan, a TV Guide magazine reporter, recently confirmed that Alison Sweeney will be back as Sami Brady. Logan tweeted that he “had a VERY encouraging chat” with Ken Corday, the executive producer of “Days of Our Lives.” Logan added that “lots of fan faves” are returning and Corday promises “big drama.” 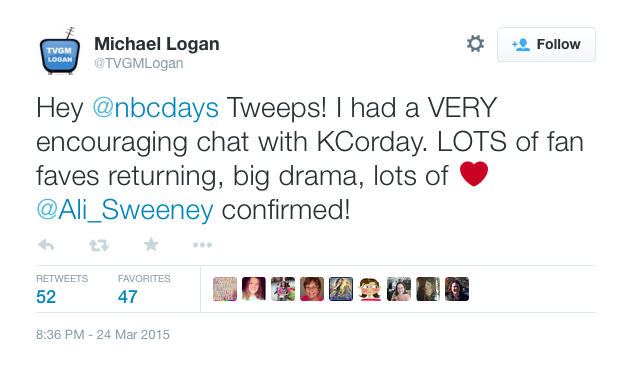 Many DOOL viewers are happy to hear about the positive direction the NBC soap seems to be heading in. Dena Higley and Josh Griffith were recently hired as new head writers and they seem to be saying all the right things. Higley has been interacting with fans on Twitter about what they’d like to see moving forward. Several members of the “Days of Our Lives” cast have noted the changes in the studio. Drake Hogestyn recently tweeted that the “clouds are lifting” and the “energy on set is through the roof.” All the positivity is giving “Days” watchers hope that their soap has a bright future ahead. The rumors say we’re in for some big moments once the new writers’ episodes start to air. Stick with DOOL to see Alison Sweeney back in action along with all your favorites of years gone by.

So “Days” fans, what do you think about the news that Alison Sweeney is returning for the 50th anniversary? Are you excited about all the updates? What changes would you like to see on “Days” as they try to do a bit of a reboot? What should they keep the same? Let us know what you think in the comments below and don’t forget to check Soap Opera Spy often for the latest “Days of Our Lives” spoilers, rumors, updates and news.

‘The Bold and the Beautiful’ Spoilers: Rick Demands Answers From Maya – Bill and Katie Join the Fight Against Rick

Are Daytime Soaps an Endangered Species: Economic Reality or Self-Destruction?