‘Days of Our Lives’ News: Alison Sweeney Stars in ‘Murder, She Baked’ on Hallmark Movies and Mysteries Channel 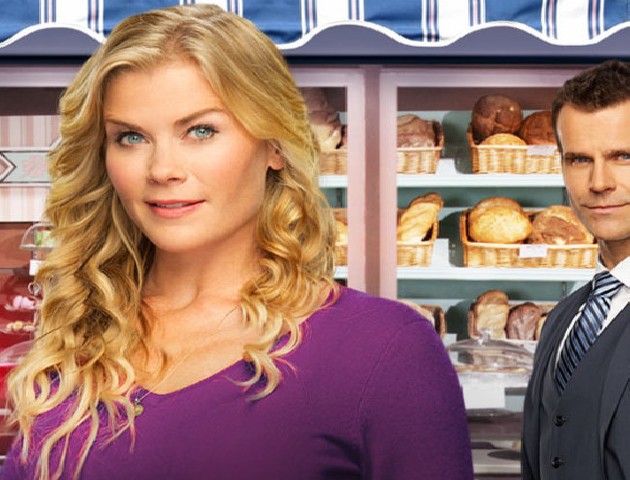 The latest “Days of Our Lives” news reveals that Alison Sweeney is in talks to reprise her role as Sami for DOOL’s 50th anniversary later this year. Some rumors have said that Sweeney signed on, but so far there are no confirmed “Days of Our Lives” spoilers on Sami’s return. We’ll give you updates if more details emerge. In the meantime, “Days” fans can check out the Daytime Emmy nominated actress in a new film on Hallmark Movies and Mysteries. “Murder, She Baked: A Chocolate Chip Cookie Mystery” will air on Saturday, May 2 at 9:00p.m./8:00c.

According to the channel’s website, Sweeney plays Hannah Swensen, a “creative and bubbly baker extraordinaire.” The role may be a bit of a departure from the scheming Sami Brady, but the setting should be familiar to DOOL viewers. “Murder, She Baked” takes place in a seemingly “sleepy town” where “everyone knows each other and secrets don’t stay hidden for long.” It sure sounds a lot like Salem. Of course, whether we’re talking about a soap or a mystery movie, we all know things are never as they seem. Hannah’s “idyllic world” will be rocked when she finds her friend/delivery driver in shot and left for dead near her bakery. There’s a good chance “Murder, She Baked” will be focus more on the mystery and less on the murder. Hallmark’s programming usually leans toward lighter, family selections. It’s not exactly “Days of Our Lives,” but it should be a fun plot for fans in need of a Sweeney fix.

Alison Sweeney isn’t the only “Murder, She Baked” star that soap viewers will recognize. Cameron Mathison, who portrayed Ryan Lavery on “All My Children,” will play opposite Sweeney in the film. Mathison is also a full-time correspondent and weekend co-anchor for Entertainment Tonight. Now he’ll take on the role of Mike Kingston, who will help Hannah get to the bottom of this cookie case. Some sparks are sure to fly between the pair as they try to solve the mystery. Don’t forget to check out “Murder, She Baked: A Chocolate Chip Cookie Mystery” on Hallmark Movies and Mysteries to see Alison Sweeney and Cameron Mathison in action.

So “Days” fans, what do you think about the news that Alison Sweeney is starring in a new TV movie? Are you hopeful that Sweeney will return for the NBC soap’s 50th anniversary? Let us know what you think in the comments below and don’t forget to check Soap Opera Spy tomorrow for the latest “Days of Our Lives” news, spoilers, rumors and updates.

‘The Bold and the Beautiful’ Spoilers: Nicole Has a Crush on Wyatt – Liam Urges Wyatt to Focus on Ousting Rick