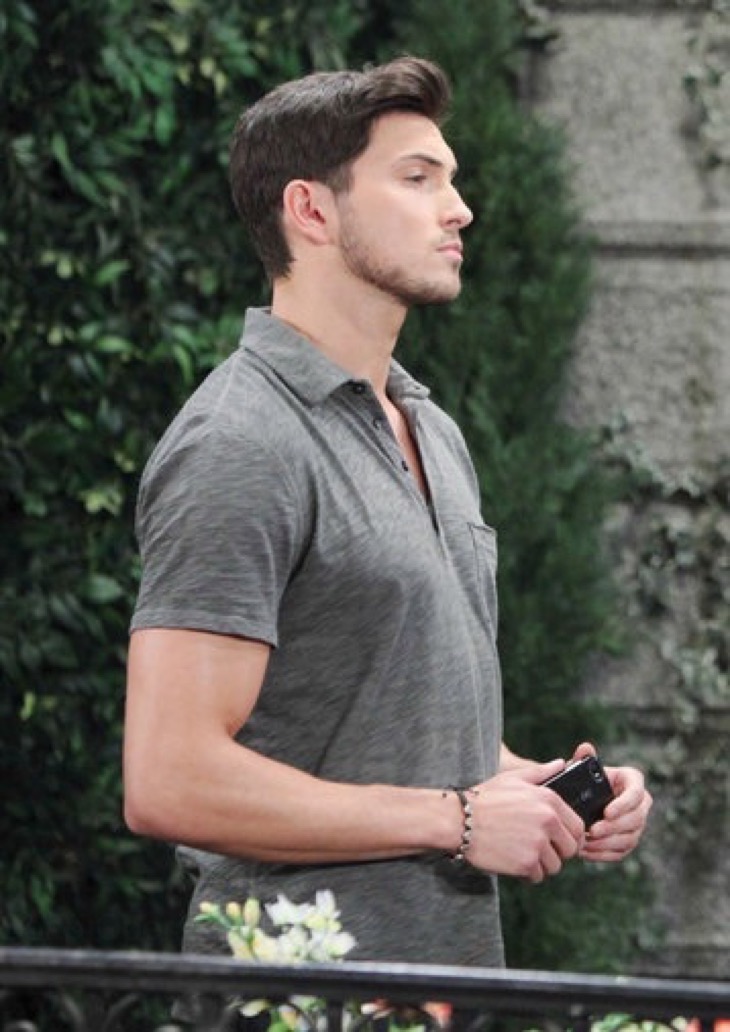 “Days of Our Lives” spoilers tease that Abigail’s (Kate Mansi) unfaithfulness will send Ben (Robert Scott Wilson) down a dangerous path. DOOL fans know that Ben is typically a nice guy, but he has quite a temper when things don’t go his way. Ben found out about Abigail’s affair with Chad (Billy Flynn), but he’s keeping that information to himself for now. Instead of lashing out in anger, Ben is embarking on a mission to make sure Abigail is his and his alone. In other words, Ben just hopped the train to “Crazy Town.”

Related: ‘Days of Our Lives’ Spoilers: Daniel Asks a Question That Could Change Nicole’s Life, Eric Wrestles with His Feelings – Nicole Makes a Decision

It looks like this is only the beginning of Ben’s dark journey. “Days” rumors hint that Ben is about to become very possessive and controlling. It’s possible that Ben could turn violent if he isn’t satisfied that Abigail is fully committed to him. Of course, Chad would likely be the one to step up and save the day. Chad is currently in full-on jerk mode, but he’ll undoubtedly snap out of it if Abigail is in danger. In fact, protecting Abigail is Chad’s top priority right now. Stefano (Joseph Macolo) desperately wants Chad and Abigail to be together. Chad knows that Stefano has a scheme in play and cutting ties with Abigail is the only way to foil it.

Speaking of Stefano’s scheme, we could start to learn a little more about it soon. “Days of Our Lives” spoilers say Abigail will receive a letter from abroad that will leave her deeply troubled. It seems Abigail will get some distressing news. We don’t know for sure if Stefano is involved in sending Abigail the upsetting updates, but he’s definitely a suspect. Chad caused a snag in his father’s plan, but you can bet that Stefano won’t back off. DOOL viewers know that Stefano doesn’t stop until he gets what he wants. Stay tuned to “Days of Our Lives” to see if Stefano will take Abigail on a wild ride.

Related: ‘Days of Our Lives’ Spoilers: Lucas Is Stunned by Adrienne’s Response to Divorce Papers – Paul Gets to Know Derrick, Has Hidden Agenda?

So “Days” fans, what do you think about Abigail’s affair sending Ben over the edge? Are you glad some life is being injected in the character or are the writers ruining Ben with this storyline? Will Chad intervene if Ben tries to hurt Abigail in a jealous rage? What could be in Abigail’s troubling letter? Let us know what you think in the comments below and don’t forget to check Soap Opera Spy tomorrow for the latest “Days of Our Lives” spoilers, rumors, updates and news.

‘The Bold and the Beautiful’ Spoilers: Maya’s Parents Arrive, Criticism Saddens Maya – Aly Obsessed with Keeping Liam and Ivy Together

‘The Young and the Restless’ News: Mishael Morgan Talks About Upcoming Birth of First Child, Shows Off Baby Bump in Stunning Photo Shoot