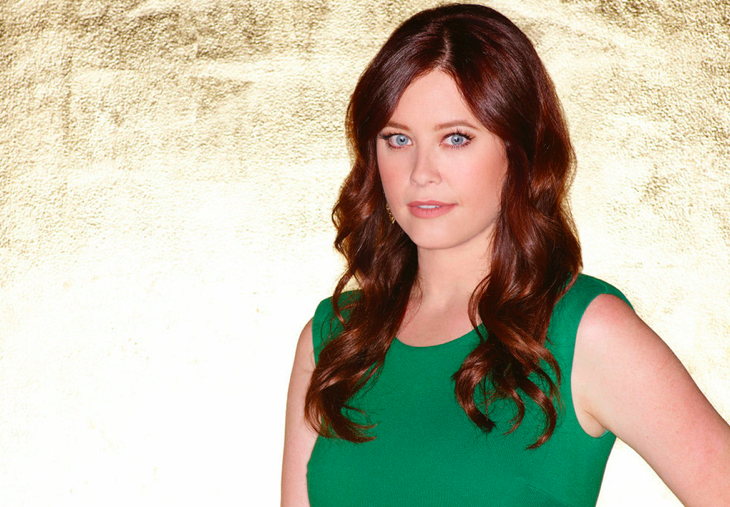 It’s official; Melissa Archer is leaving “Days of Our Lives”. Her exit from the show will be aired sometime next week. It has been rumored for quite a few months that she is leaving the show, however, Soap Opera Spy can confirm she is indeed leaving the show. Is it possible that Serena (Melissa Archer) will be one of the serial killer victims?

It is looking like Serena may not be the only victim in Salem. For quite a while, fans speculated that a serial killer would be unleashed in Salem. At the time, no one believed it considering “Y&R” and “General Hospital” had a big murder storyline recently. Now, it appears that Serena and Xander Cook (Paul Telfer) may be murdered in the coming weeks.

Earlier in the year, the rumor was Archer was fired due to not connecting with her viewers. “Days of Our Lives” fans didn’t feel emotionally invested in her character, and the writers felt it was time to say goodbye to Serena. Melissa Archer stated that she felt the firing was coming, especially after Josh Griffith was brought as co-head writer. Griffith promised NBC to bring new life in the show.

When she was asked how she felt about being fired, she said it was a pleasant experience. She explained that working with “DOOL” was a great experience for her, and when they chose to let her go, it was not any different. She understands why they let her go and there weren’t any hard feelings from either side.

“Days” rumors state that it is likely that Xander is the first victim. The spoilers aren’t sure if he runs out of Salem after his confrontation with Victor or if he is killed off the show. The writers may leave an option for Xander to return to the show in the future. After his exit, Serena and Chad (Billy Flynn) go out and get drunk together. While she is intoxicated, she is killed. And, since Chad was the last person to see her alive, he will become the prime suspect. It is all leading up to a 50th-anniversary episode that will leave you speechless. Are you happy that Melissa Archer is leaving “DOOL”?