Days of Our LivesJen Lilley 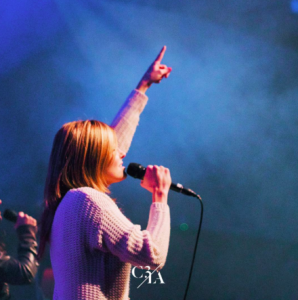 “Days of Our Lives” (DOOL) Jen Lilley sat down for an interview recently to talk about her new Christmas CD, single and video “Tinsel Time.” The album was released on November 24 and is available for digital download – fans can purchase the new CD on Jen’s website, as well.

Jen spoke with Wesley Ryan Music to talk about the new CD, single and video, as well as her role as Kate Jordan in the made-for-television movie “The Spirit of Christmas” which will air on Lifetime Saturday, December 19 at 8 p.m. ET/7 p.m. CT.

When asked about her character Kate Jordan in the Lifetime movie “The Spirit of Christmas,” Jen Lilley describes her as a strong female who isn’t rude to girls and she isn’t a guy hater, Kate just doesn’t believe in love. The made-for-television movie will take some interesting and unexpected twists and turns – the film is a bit of a murder mystery meets love story. “It’s the best Christmas ever already,” Jen declared.

“DOOL” fans will you be watching “The Spirit of Christmas” on Lifetime December 19? Have you purchased Jen’s new CD “Tinsel Time”? You can catch the video for the title song on YouTube – you’ll see some scenes mixed in with Lilley’s home video clips.

Jen Lilley has been very busy on “DOOL,” too. Her character, Theresa Donovan, is so close to having everything she wants, including Brady Black. Will this be the best Christmas ever for Theresa and Brady? We’ll just to stay tuned to “Days of Our Lives” to see what happens. In the meantime we can catch Jen in “The Spirit of Christmas” and listen to her singing holiday standards on “Tinsel Time.”