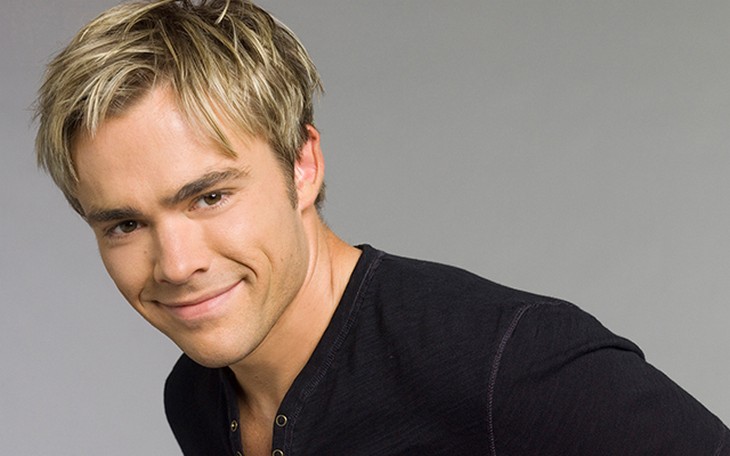 “Days of Our Lives” spoilers and casting news tease that “One Life To Live” alum John-Paul Lavoisier is headed to Salem. According to Soap Opera Digest’s DOOL spoilers, John-Paul was tapped by the NBC soap opera to play the part of Philip Kiriakis, the son of Victor and Kate. OLTL fans will automatically recognize John-Paul from his stint on the former ABC soap opera, he played the part of Rex Balsom from 2002-2012.

According to “Days of Our Lives” spoilers, John-Paul Lavoisier began filming scenes as Philip Kiriakis, and his air date is scheduled for some time in December 2015, coincidentally around the same time that all of the other old and new faces will pop up in Salem for the daytime drama’s big anniversary event. The last time “Days of Our Lives” fans saw Philip Kiriakis was back in April 2011 when the role was still being played by actor Jay Kenneth Johnson. In 2011 Philip ran off to Chicago with Daniel’s son Parker after the DNA test results were tampered with and he believed that the baby was his. And, we never saw him again.

It will definitely be interesting to have Philip Kiriakis back in the mix in Salem, and it looks like the character is in for the long haul and will not just be passing through. For those of you who don’t remember, Philip was actually one of the leading forces behind the feud between the DiMera Family and the Kiriakis Family, Stefano blamed Phillip for his son Tony’s death – and actually ordered a hit on Philip and he was nearly killed as well. And, the feud only spiraled out of control more after those tragic events.

Are you as excited as we are to have Philip Kiriakis back on “Days Of Our Lives?” Will John-Paul Lavoisier be a good addition to the DOOL cast? Did you watch him on “One Life To Live?” Let us know what you think in the comments below!

Get Exclusive Days Of Our Lives Spoilers News & Updates!