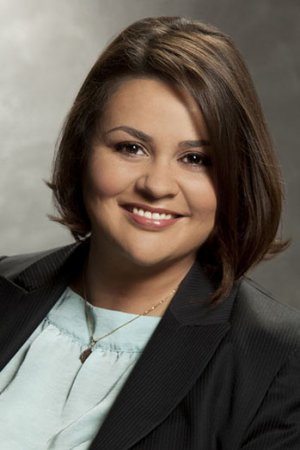 Oh, boy, Angelica McDaniel felt it was necessary to stand up for her pal and the “Y&R” head writer, Chuck Pratt Jr. Fans have not been happy with the direction of “Young and the Restless”, ever since Pratt took over as head scribe last year. Fans have said they refuse to watch the terrible storylines; however, the rating reports tell a very different story. Angelica McDaniel, the CBS executive Vice president  wanted to set the record straight about Pratt and the direction, he is taking “Y&R.”

McDaniel told Michael Fairman that she was not concerned at all by some of the fan backlash. She said the fact is that 20 million people tune in to watch CBS daytime shows, every single day. She wanted fans to realize that the show you see today is not the end to the story. The story is a journey, and the plot will unfold as you watch.

She said that Chuck was not just thinking of the next four or six weeks, he is thinking long-term and where he’d like to see a character in one or two years from now Under his writing, “Young and the Restless” ratings are up over eight percent. She said you can’t please everyone. One fan may love the Hilary (Mishael Morgan) storyline, and another hates it. She explained that was why there are multiple storylines going on, because there is something for everyone, basically.

She said that the numbers do not lie; “Y&R” is still doing very well and a fan favorite. Pratt and Jill Farren Phelps are doing an impressive job, according to Angelica McDaniel. She expects great things from them in the coming months leading up to November sweeps.

The thing she doesn’t understand is that fan loyalty will only go so far. At some point, the fans will stop tuning in if the storylines don’t improve. How do you feel about “Y&R” right now? Do you think that Chuck Pratt Jr. is doing a good job as the head writer?

‘The Bold and the Beautiful’ Trivia: How Well Do You Know Brooke Logan?