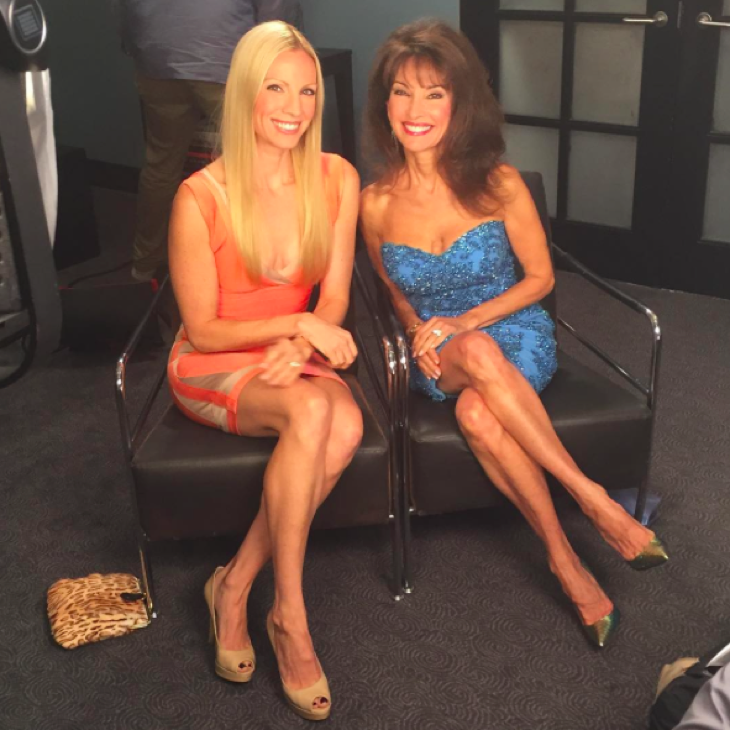 Susan Lucci, who now portrays Genevieve Delatour on “Devious Maids and her daughter Liza Huber spoke exclusively with People about the challenges Liza’s son faces and how she reacted when he was diagnosed in 2010. At the time Huber says she froze and then broke down in tears. For years the family stayed silent and didn’t discuss Brendan’s diagnosis. But Liza felt it was time to stop hiding. “If I’m trying to hide it, how does it look to him? I don’t ever want him to feel bad about himself. I want him to feel good and proud and celebrate the way he overcomes challenges.”

Liza had a feeling that something was wrong throughout her entire pregnancy with Brendan. When she was 31 weeks pregnant she was rushed to the emergency room in “the most excruciating pain I’ve ever had,” Huber describes. Brendan was born 9 weeks early and weighed only four-pounds and ten-ounces. Six days after his birth baby Brendan stopped breathing and put on a ventilator.

The proud mother and grandmother is thrilled that her daughter has decided to share Brendan’s story. “I’m very proud of her. Good for Brendan, for his mom to speak about him with such pride publicly, as well as to open up a conversation about cerebral palsy.” Susan feels blessed to have her grandson Brendan, and that he will know his family is proud of him. Lucci has been a longtime supporter of United Cerebral Palsy of New York City and calls her handsome grandson her inspiration. “He’s taught me that you have to go forward ant that life is a gift. He’s a spectacular little boy.”

Having cerebral palsy hasn’t slowed down Susan Lucci’s grandson! He’s a Cub Scout, baseball player and a very empathetic young man. He is now in the first grade – and mom Liza Huber reveals that walking up the two stairs of their home without holding on when he gets home from school is cause for celebration.

‘The Young And The Restless’ (Y&R) Interview: Stacy Haiduk Discusses Her Return As Patty Williams