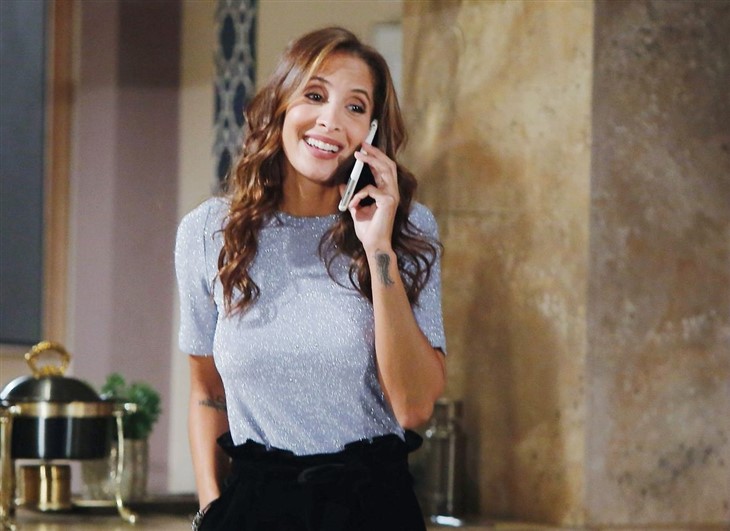 The Young and the Restless spoilers document that Lily Winters (Christel Khalil) believes she has a plan that allows Chancellor-Winters to pursue the stock offering and lets her brother stand by his principles. But Devon Hamilton (Bryton James) squashed every idea Nate Hastings (Sean Dominic) had. Lily feels a similar burn now.

Devon is not interested in any deal. He wants to buy back the Hamilton-Winters’ portion of CW and further the legacy of the man he considers his father, the late Neil Winters (Kristoff St. John). That option is one his biological father recently suggested to him.

Viewers see that Lily and Jill Abbott Atkinson (Jess Walton) can be tagged as stubborn if they want to take a balanced view. But the point of the storyline appears to paint Devon as a closed-minded grump.

Then there is Tucker McCall (Trevor St. John). He is so desperate to work with Devon that he planted a mole, Audra Charles (Zuleyka Silver), inside CW.

Tucker claims that his perspective changed after he returned to Genoa City, Wisconsin and that he was not going to follow through with what would have been a seizure of the company’s assets via a massive stock purchase. That statement might be true. But it is undercut by Audra remaining at CW until Devon deduced her link to Tucker through their mutual text alerts.

Fans recognize that Devon wants out of CW one way or another. He will likely accept the buyout money unless Jill and Lily open their minds. That outcome would enable a path to work with Tucker.

Lily understands that Devon is emotionally attached to what he created with Neil. She believed her idea represented a heartfelt compromise.

Khalil’s character does not want to stop working with her brother. Lily knows that if Devon accepts her plan, she would be losing a business connection with him. Lily is asserting that their relationship might be changed forever regardless of what happens with CW.

Devon told Lily that he trusts her and does not see this issue as personal. Lily does not want to become alienated from Devon like Nate is.

The Young And The Restless Spoilers – Devon Hamilton Forgives His Father?

Neil forgave Devon for a terrible betrayal. Hardcore viewers recall that Devon and the late Hilary Winters (Mishael Morgan), her name during that time frame, fell in love while she was married to Neil, who was blind at that point in the storyline.

Devon and Hilary eventually married. But it took Neil a while to realize that pairing deserved its due.

That part of Devon’s backstory was referenced by James’ character, and winks at Tucker. Neil forgave Devon so Devon may forgive Tucker. But plenty of emotional drama must be seen before this potential exists on Y&R.