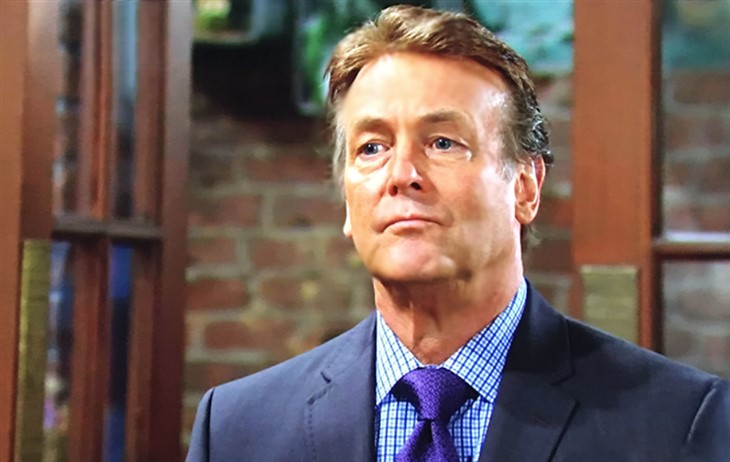 The Young and the Restless (Y&R) spoilers tease that a shocking death could be headed for Genoa City in February. The buzz on Twitter is Paul Williams (Doug Davidson) will die off-screen to free Christine Williams (Lauralee Bell) free to pursue a second chance with Danny Romalotti (Michael Damian).

Heather Stevens (Vail Bloom) and Lucy Romalotti (Lily Brooks O’Briant) will return to Genoa City in February. That seems to line up with the time frame of the rumors of Paul Williams’s sudden death.

Doug Davidson tweeted that if Young and the Restless plans to kill off his character, it would be “hurtful” and “wouldn’t answer any questions about where Paul has been all this time. He added that he hasn’t heard from the soap about returning for Tracey E Bregman’s (Lauren Fenmore) 40th-anniversary episode.

The Y&R alum said he would rather the show explain Paul’s whereabouts to give the viewers closure. He doesn’t like how they’ve handled Paul’s departure from the show and believes his fans deserve better.

Paul Williams’s first episode on Y&R was in 1978. He has been on the show longer than Tracey and Eric Braeden (Victor Newman). The viewers demanded the show bring Paul back to the show, but the actor hasn’t been seen on the show since 2020.

I get the absence isn’t explained and it would stop the questions, but it’s hurtful. In addition, not sure what it buys you story wise. But not my call. https://t.co/nLJ3lEqwfg

When Danny was in town a few weeks ago, Christine was caught up in her feelings for her rockstar ex-husband. Traci Abbott (Beth Maitland) and Lauren asked Danny if he would stay in town long enough to catch up with Christine, who was on a ski trip with Paul.

That was the first time Paul’s name was brought up on the soap in a long time. The actor has been vocal about being pushed off the Young and the Restless and his desire to return.

With Heather and Lucy returning, the rumors of Paul’s death seem likely. Without the actor returning, his death would be handled off the canvas, with the viewers seeing the
aftermath.

Y&R fans, do you think Paul Williams will die in the coming weeks? If not, would you like to see Doug Davidson return to Y&R? Keep watching Young and the Restless, airing weekdays on CBS and streaming on Paramount Plus. This site is a leading source for everything linked to The Young and the Restless. Check back regularly for Y&R spoilers and news!