The Bold And The Beautiful Spoilers: Carter Is Bound To Lose Katie, Another Love Lost 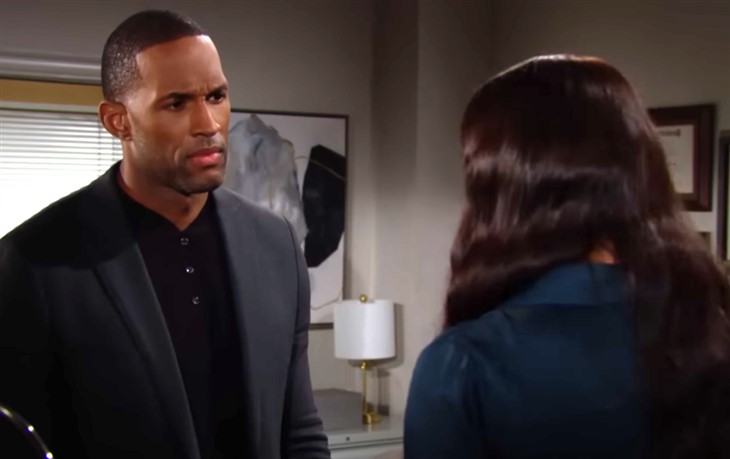 The Bold and the Beautiful spoilers show that Carter Walton (Lawrence Saint-Victor) is hopeful about coming to a satisfying conclusion. Although Carter has a poor history with women, he thinks he has found something special in Katie Logan (Heather Tom). Of course, Carter was the same way since he believed Quinn Fuller (Rena Sofer) would be his partner forever.

Fans will recall how Quinn had been Carter’s ideal woman until she abruptly changed that. Sadly, Carter has a track record of failed partnerships. Given his problematic relationships with Zoe Buckingham (Kiara Barnes) and Paris Buckingham (Diamond White), why does Carter assume that things will be any different with Katie?

Although Carter frequently feels strongly about the women in his life, he has never had the kind of lasting love he yearns for. Quinn abruptly and unexpectedly left Carter, despite his desire to spend his entire life with her. There will be some obstacles in Katie’s path as she works to fill the current void in Carter’s heart.

It is obvious that Katie still has feelings for Bill because of how tenaciously she worked to get Bill free from Sheila Carter’s (Kimberlin Brown) hypnosis. Katie could still be having a covert fling with Bill. It’s possible that Katie will start to show more of the part of her that will always feel deeply for her ex.

B&B Spoilers – Room For Katie Logan To Be Back With Bill Spencer?

In particular, if Bill is not at fault for his acts, then it is true. Because Sheila is a dangerous maniac who is capable of anything, we won’t be the least bit surprised if she interfered with Bill’s thoughts. The possibility that Bill is a victim in all of this might lead Katie to eventually comprehend what he’s gone through.

Even now, Katie seems more concerned than furious over Bill’s actions. Undoubtedly, there is a part of Katie who blames herself for not paying attention and noticing how unhappy Bill was. Bill may have hit rock bottom after the most recent rejections from Katie and Brooke Logan (Katherine Kelly Lang), because he was desperate to find comfort in Sheila’s embrace.

What do you think? Will Brooke get her revenge on Sheila for what she’s done and will she be the voice of reason for Bill Spencer and convince him to leave her? Share your thoughts and remember to keep watching the CBS soap to see what happens next.