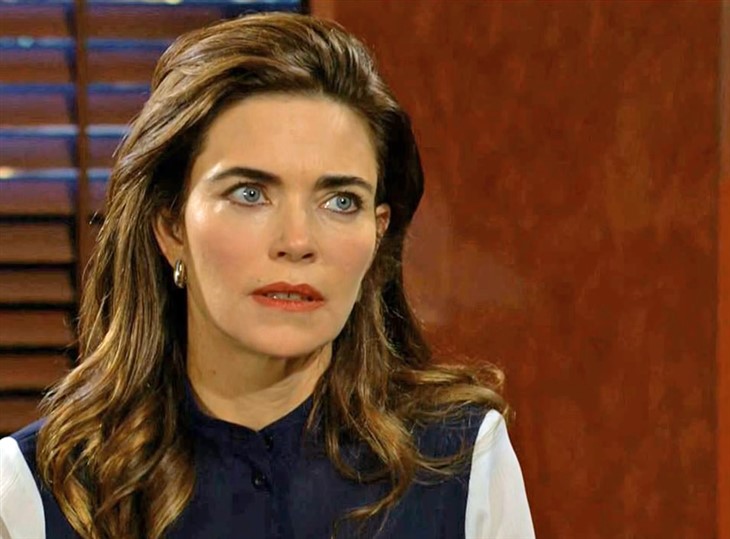 The Young and the Restless (Y&R) spoilers reveal that Victoria Newman (Amelia Heinle) plans to start a new company and crush the competition. Specifically, crush Newman Enterprises. Nick Newman (Josh Morrow) will have a change in scenery, so Victoria could lure her brother to New York. Will they join forces and if so, how will Victor Newman (Eric Braeden) deal with this?

The Young And The Restless Spoilers – ‘Ashtoria’ Make Next Move

Y&R spoilers reveal that Victoria gave everything up to reconcile with Ashland Locke (Robert Newman). Victoria refused to tell anyone where they were going. According to the new issue of Soap Opera Digest, Ashland and Victoria are in a Manhattan hotel. The couple isolates themselves as they figure out what they are going to do and where.

Victoria and Ashland decide to start a brand new venture. However, this won’t be just about business. There’s personal revenge in the plan as well.

Victoria is realizing the importance of her independence and being able to make her own decisions. Victor has always kept his children under his thumb. Victor also doesn’t think twice about pitting one child against another. Victor might justify how he handles his family, but Victoria has begun rebelling.

Victoria isn’t just walking away from her family, though. Victoria wants to be sure to really stick it to Victor. The two ways to hurt Victor are through his family and business, something that Victoria knows all too well.

The Young and the Restless spoilers for the week of June 27 reveal that Nick will have a change of scenery. This could be connected to Nick and Victoria’s phone call. In that phone call, Victoria might tell Nick that he was right about Victor’s family manipulation. It’s the whole reason why Nick won’t work for the family business.

Even though Nick doesn’t agree with Victoria reuniting with Ashland, he doesn’t want to lose his sister again. So, Victoria might lure Nick to New York. Victoria might even convince Nick to join her and Ashland’s new venture. It could be an offer that Nick won’t be able to refuse.

The fact that Nick could join Victoria and Ashland’s new business will really infuriate Victor. Even though Nick is all about supporting Victoria despite being with Ashland, Victor will view it as a betrayal.

It is teased that Victor will make a move to undermine Victoria’s relationship and new business venture. However, the head writer hinted that Victoria knows what her father is going to do before he even does it. After all, she’s been watching and learning from her father for years. So, it sounds like a lot of rivalries, sabotage attempts, and business chess are going to fill our screens. In the end, who will be victorious, though?