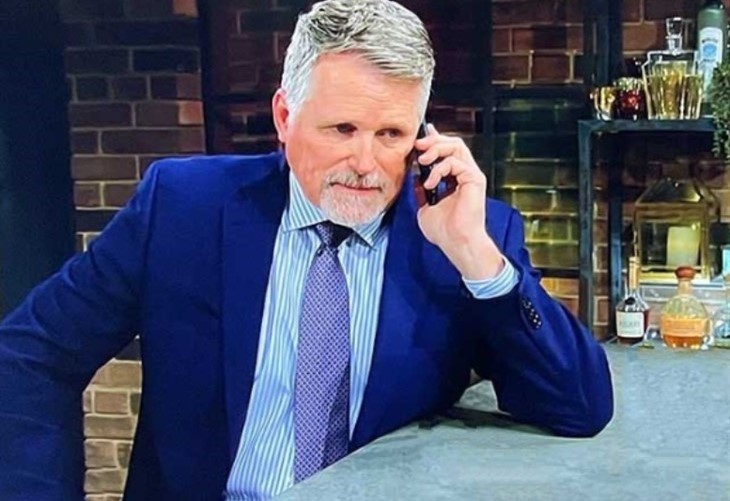 The Young and the Restless (Y&R) spoilers for Tuesday, March 26, 2022, reveal Ashland realizing that the walls are closing in fast and he must do something about it before it’s too late.

The Young And The Restless Spoilers -What Will Ashland Locke Do Next?

It’s been weeks since The Great Victor Newman (Eric Braeden) gave Ashland Locke (Robert Newman) an ultimatum. Leave quietly and Victoria Newman Locke (Amelia Heinle) will never know how she’s been deceived. Ashland refused, Victoria started making more dumb and inexplicable moves, and Victor didn’t know what to do next. However, this is Victor so there is no giving up.

The more Victor uncovers as he and Ashland do their little dance around one another, the more Ashland realizes the jig may really be up and he’s been caught in so many lies there’s only one way to get out of this. Plan and plot and make sure you still come out standing. And Victor has enough cash to throw around to do this, so something has to work at some point.

As Victor tries throwing money around to get what he wants from Ashland, his son-in-law has his own plan, but will this plan end up putting Victoria in danger? This whole story was meaningless unless Victoria ends up in some kind of soapy danger.

While Billy Abbott (Jason Thompson) is off being king of the night as he rambles every thought in his head on an overnight podcast, Lily Winters (Christel Khalil) has apparently been keeping secrets and she finally decides to confide in her cousin, Nate Hastings (Sean Dominic). With Nate being a doctor, we have to wonder if she thinks she is pregnant, but her secret can be any number of things.

Maybe she is getting tired of her life with Billy and doesn’t like his midnight talks to anyone but her. Or perhaps she has been in touch with someone from her past like her ex-husband Cane Ashby (Daniel Goddard). This is a soap opera, so Lily can be confiding anything in Nate and we can’t wait to find out what it is. Stay tuned to The Young and the Restless weekdays to see how these stories play out.

Days Of Our Lives Spoilers Tuesday, March 22: Belle Gets The Shock Of Her Life