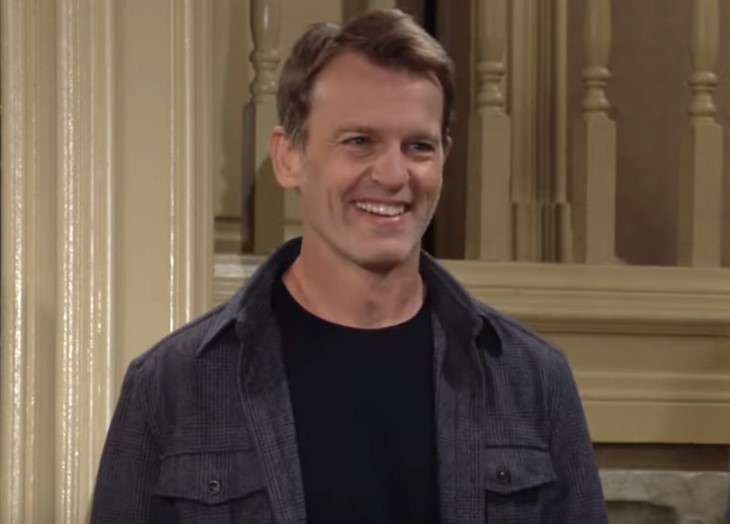 The Young and the Restless spoilers document that Tucker McCall (Trevor St. John) is determined to make amends with his ex-wife, Ashley Abbott (Eileen Davidson). Actually, Ashley is Tucker’s only known spouse, with known being the key word in this sentence.

Viewers suspect that Tucker is up to something. The only character who knows more than the others, Diane Jenkins (Susan Walters), is not certain of his plans. But she was tied to him when they were in Los Angeles, California.

Nikki Newman (Melody Thomas Scott) and Phyllis Summers (Michelle Stafford) have a line on Diane’s duplicity. But Ashley represents the best chance to pry information out of Tucker.

The Young And The Restless Spoilers – Likelihood Of Pure, Personal Intent

Tucker admitted to Devon Hamilton (Bryton James) that he has returned to Genoa City, Wisconsin for split personal and business reasons. Devon was not told what the business target was.

There is no doubt that Tucker wanted to reconnect with Devon, as they have no issues with each other. Tucker also wanted to meet his grandson, Dominic Newman Abbott Winters Chancellor (Rainn and River Ware), with Abby Newman Abbott Chancellor (Melissa Ordway) having a major issue with that goal.

Devon later admitted to his sister, Lily Winters (Christel Khalil), cousin, Nate Hastings (Sean Domnic), and Billy Abbott (Jason Thompson), that he is not sure what Tucker is up to or if his father is aiming to take control of Chancellor Winters.

Tucker was involved with various ladies during his initial stint in GC. Jill Abbott Atkinson (Jess Walton) was one of them.

Jill wants CW to go public because of the many business opportunities that can be seized through the infusion of money. She, along with Lily and Nate are all systems go.

Devon remains leery of the rush to go public. He believes doing so after the recent merger is not wise. Plus, Devon fears the loss of control of the family business.

The Young And The Restless Spoilers – Ashley Abbott Remains Influential

Tucker appears to have retained a soft spot for Ashley. If he is being sincere, Ashley could get a better read on his plans.

St. John’s character seems unfazed by everyone’s suspicion of him. That indicates that he has a master game in effect or believes he can not be defeated with whatever he is pursuing on Y&R.