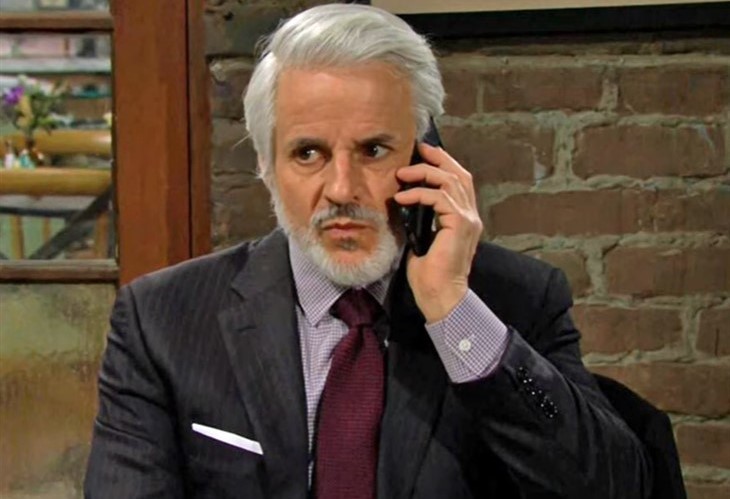 The Young and the Restless (Y&R) spoilers for Thursday, March 10, 2022, reveal Victor realizing he may have screwed up when he sent Michael Baldwin to Peru.

The Young And The Restless Spoilers – Michael Baldwin Is MIA

Lauren Fenmore (Tracey E. Bregman) is already worried sick about her husband and just knew he took a job for Victor Newman (Eric Braeden) that was going to involve danger. But Victor doesn’t want to alarm her yet, not realizing he is already alarmed. He has his people in Peru searching for Michael (Christian J. Le Blanc) and he is sure he can find him before Lauren even realizes he is missing.

Of course, Victor is a bit behind on this one as Lauren puts Kevin Fisher (Greg Rikaart) on the case. Surely, her brother-in-law and renowned hacker can figure out where Victor sent Michael and they can take things from there. Lauren has been around the block a time or two and can hold her own with the bad guys (especially Sheila Carter), but can Victor hold his own with Lauren, who is both absolutely terrified and furious at the same time.

Will Kevin be able to come up with something and locate his older brother before it’s too late? If he doesn’t, he may also have to deal with Lauren.

Y&R Spoilers – Nikki Newman Has To Direct Her Daughter

As Victoria Newman Locke (Amelia Heinle) remains your quintessential mean girl, ordering people around in one sleeve and generally making Adam Newman (Mark Grossman) and Sally Spectra’s (Courtney Hope) life miserable, her father tries to deal with Ashland Locke (Robert Newman), Victoria’s latest choice in a terrible husband. Victoria doesn’t want to believe anything horrifying about Ashland, so she prefers to stay in her own delusional world, much like her sister, Abby Newman Chancellor (Melissa Ordway).

So, it’s up to Nikki Newman (Melody Thomas Scott) to pretty much point her dumb daughter in the right direction so she will just what kind of man she married. But it’s not like Nikki didn’t fake cancer once before when she was a young and conniving woman. Still, Victoria finally needs to see the truth for her own sake and her family’s. Stay tuned to The Young and the Restless weekdays to see how these stories play out.