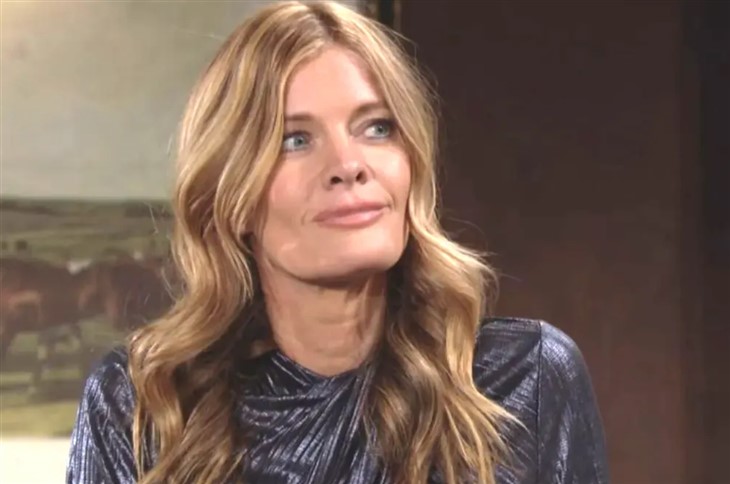 The Young and the Restless (Y&R) spoilers document that Phyllis Summers (Michelle Stafford) has allowed her buttons to be pushed by Diane Jenkins (Susan Walters). It is a bit out of character for Phyllis to become so unhinged and on multiple occasions, in front of Diane. Yet, that is exactly what has happened.

Why is Phyllis so insecure? Diane has no hold over Jack Abbott (Peter Bergman) which includes their blood tie through Kyle Abbott (Michael Mealor).

Viewers know that Diane was bothered by Phyllis being with Jack when they were together in Los Angeles, California. But that dynamic has rapidly shifted due to Phyllis’ tactical mistake.

The header to this section is something Phyllis knows. But that has not prevented her from lashing out at and baiting Diane on multiple occasions.

A handful of months ago, Jack told Phyllis that she was the woman he felt most deeply connected to. She was taken aback by his admission, which came while she and Nick Newman (Joshua Morrow) were still together.

Jack’s love is not something Diane would have been able to overcome. But doubt was needlessly injected into Jack’s mind when he heard Phyllis admit to Diane that she considers him her territory.

Diane was facing an uphill battle to regain neutrality with Jack and Kyle. She has conditionally won Kyle over, with Mealor’s character wanting to reconnect and have his mother be part of Harrison Locke’s (Kellen Enriquez) life.

Jack was outraged when he learned Diane used his granddaughter, Allie Ngyuen (Kelsey Wang), to facilitate a fake murder reveal and apology tour. He was similarly miffed when Diane took it upon herself to fly to Genoa City, Wisconsin, so she could wait for Kyle to return home.

Diane had no leverage over Phyllis, who was fully supportive during Jack’s grieving period for Keemo Volien Abbott Nguyen (Philip Moon) and simultaneous discovery of his granddaughter and Diane’s return from the dead. But Phyllis’ increasingly volatile reactions to Diane are serving to undermine Jack’s trust.

The Young And The Restless Spoilers – Shifts Happen In Genoa City

It felt like Jack and Phyllis were slowly working their way back to a romantic relationship that would endure. But Diane’s tell to Phyllis was intriguing.

Diane told her that she (Phyllis) knows she and Jack will not last. No one knows the future. So, Diane was planting similar seeds of doubt in Phyllis’ mind that Phyllis said Diane was presenting to Jack.

Unexpected shifts happen in GC, which makes for good soap. However, Diane’s hopes or predictions turn out, is it reasonable to believe that she and Jack could eventually rekindle romance on Y&R? Phyllis appears to think it is possible.

Days Of Our Lives Spoilers: Sonny Threatens Leo Leading To Another Lawsuit