Y&R Spoilers: Phyllis And Abby Are Flailing – No Easy Solutions Ahead 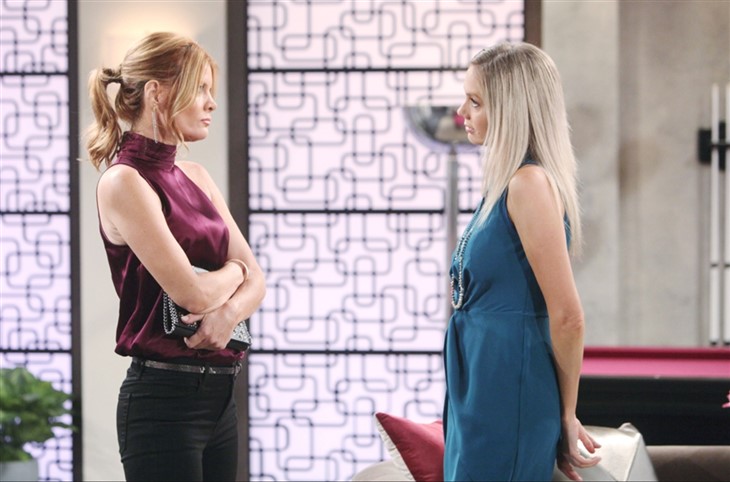 The Young and the Restless (Y&R) spoilers document Phyllis Summers (Michelle Stafford) cried about Amanda Sinclair (Mishael Morgan) leaving town. Lauren Fenmore (Tracey Bregman) and Michael Baldwin (Christian Le Blanc) have been Phyllis’ best friends for many years, with the actions of Stafford’s character reinforcing how far she has fallen in a matter of months.

Meanwhile, one of Phyllis’ enemies, Abby Newman Abbott Chancellor (Melissa Ordway), is also flailing. She translated being upset with her husband’s partial focus on work into a romantic connection with Devon Hamilton (Bryton James). Bad timing for both allowed Amanda and Chance Chancellor (Conner Floyd) to discover that connection together.

Phyllis sold her signature comeback vehicle, The Grand Phoenix Hotel, for all the wrong reasons. Rather than a pure, massive profit take, as offered by Lily Winters (Christel Khalil), Phyllis traded her rise from the ashes moment to attempt to bring Diane Jenkins (Susan Walters).

It remains a colossal mistake to have kept no interest in the GP. Whatever amount of money Lily gave Phyllis so that Chancellor-Winters could add a local plum asset to its portfolio was not worth it.

Stafford’s character sees Diane as a mortal threat to her happiness and of those she cares about, especially Jack Abbott (Peter Bergman). Phyllis has veered far off course in trying to bring Diane down to date.

Abby reacted badly to Chance’s recent desire to decompress. However, it is arguable that she did so because of the aftereffects of the stress she endured for an extended period.

Devoted viewers recall Abby shouldered full responsibility for her developing family when Chance was working a secret overseas government assignment. She also had to deal with the surprise return of her ex-husband, Ben Rayburn (Sean Carrigan).

Chance cited Devon being present when Dom was born. Floyd’s character also referenced the growing bond he has witnessed between Abby and the donor, Devon, who is Dom’s father.

Abby and Chance are thinking about themselves rather than each other. While they both love and care about their son, Chance has always felt detached from the family they have formed.

If Chance can not recognize all that Abby has endured and the impact that had upon her, he may not be able to bring himself to forgive her on Y&R.