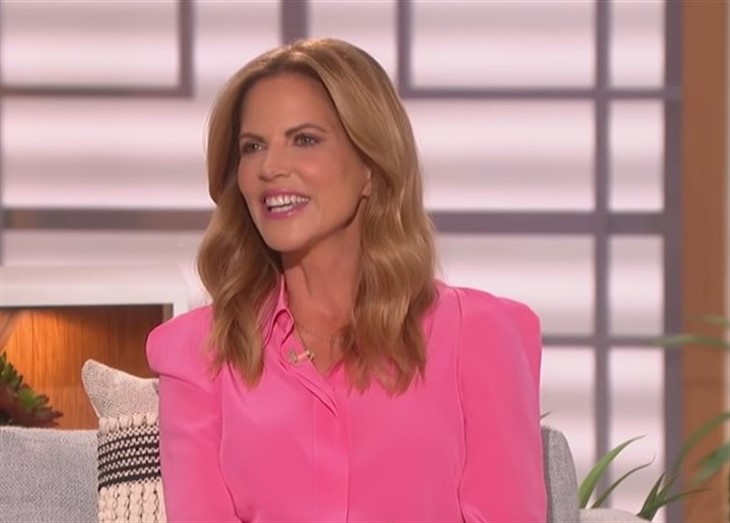 The Young and the Restless fans will soon be seeing a very familiar face on the canvas! That’s because Natalie Morales, who many fans know as one of the hosts of “The Talk,” is joining the show in a very special role! Natalie is playing a reporter by the name of Natalia. Here’s what you need to know.

Natalie tells Soap Opera Digest in a new interview that when she came on set for her first day, she was shocked by the number of lines that she had to learn in such a short period of time. She said, “When they gave me the first script, which is like 60 pages, I looked at all of the scenes and I was like, ‘This is one day? How are we going to get through all of this?!’ ” she muses. “Those actors work really hard and I give them so much credit for what they do. They call it ‘soap opera brain’ because of the way they’re able to memorize lines so quickly. They look at a page, they get it down and they do it.”

She added, “And here I am struggling a little with that because I’m used to live shots on television, but it’s very different because I’m saying things the way I would naturally say them. In this instance, you have to act, you have to hit your mark, you’ve got to make sure the blocking is right and then say the words that have to make sense and go, according to the script. It’s a lot to think about!”

Luckily, Natalie says that actress Susan Walters, who plays Diane on the show, was there by her side to help her along the way. “I did a scene last week with Susan and she told me she was so nervous on her first day back, especially working with Peter Bergman [Jack] because he’s got a photographic memory,” Morales shared. “I was like, ‘Oh, good, so I’m not alone with this panic.’”

In the meantime, let us know what you think by leaving us a line with your thoughts in our comments section below. The Young and the Restless airs weekdays on the CBS network. Check your local listings for times.

Be sure to catch up with everything on Y&R right now. Come back here often for The Young and the Restless spoilers, news and updates.