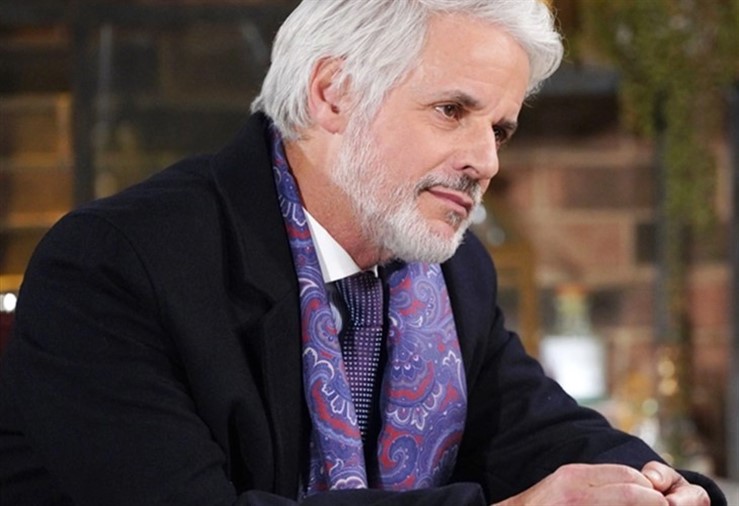 The Young and the Restless (Y&R) spoilers for Thursday, June 23, 2022, reveal Michael trying to be a good friend while he is also caught in the middle.

Both Diane Jenkins (Susan Walters) and Phyllis Summers (Michelle Stafford) have a friend in Michael Baldwin (Christian J. Le Blanc). And while he certainly doesn’t want to take sides, even he can see that Phyllis has been acting a little crazy of late. With Phyllis walking around in that humongous hate and sunglasses claiming she won’t let Diane get the best of her, Michael has to wonder what she’s up to when she also claims she just wants to make amends.

When Michael sees Diane, he tries to talk to her about Phyllis and subtly warn her about what’s to come, but he doesn’t get explicit about it. He just tries to get her to take her life in a direction that will benefit her right now.

Michael also might be getting in over his head with Diane considering that his wife, Lauren Fenmore (Tracey E. Bregman), hates the woman almost as much as Phyllis and Nikki Newman (Melody Thomas Scott) do. What’s a good friend to do in a situation like this with so many strong-willed women? Michael might be about to learn the answer to that the hard way. Talk about being caught in the middle. Perhaps Michael should stop being such a great friend.

Speaking of strong-willed women, Amanda Sinclair (Mishael Morgan) is shocked when she gets some disturbing news. Does this have anything to do with her sister, Imani Benedict (Leigh Ann Rose)? After all, Imani seems to really have Nate Hasting’s (Sean Dominic) ear of late and Elena Dawson (Brytni Sarpy) certainly won’t be happy about that. And she might come after Amanda, a woman she already resents.

Of course, this could also have to do with the goings-on in Devon Hamilton (Bryton James) and Lily Winters’ (Christel Khalil) life, since Amanda just doesn’t have a story of her own. But, could this be the start of a brand-new story for Amanda, something the show sorely needs so it stops wasting Mishael Morgan’s talents on a character who just supports people. Stay tuned to The Young and the Restless weekdays to see how these stories play out.